What do cable cars, hot-air balloons and trains have in common with accessibility and empowerment? What lessons in story-telling can film students learn from directors of unique films? Read all about child-like imagination, pure intention, and creative choices that surfaced when 12 preschool centers and one film school took part in the True Colors Film Festival interactive workshop and dialogues.

So much has been said about the True Colors Film Festival 2021. Not only did the number of viewers — 22,000 — triple that of 2020’s, it also received rave reviews from the likes of Kenji Mizukami, a film journalist from Japan. All in, TCFF 2021 had a good run.

New to TCFF 2021 was an outreach program that was developed for schools in Singapore. For the close to 460 participating preschoolers, it was a streaming of the animated film “The Present” and activities and discussions before and after. For the 76 broadcast and film students at LASALLE College of the Arts, it was a series of director’s talks with Yoichi Ochiai (The Future is Now!), Hiroki Kawai (Clothes in Conversation), and Doug Roland (Feeling Through).

“The Present” for preschoolers

This award-winning animated short film tells the story of a boy whose mother adopts a puppy with three legs. We learn later that the protagonist is himself an amputee.

Pre-screening, the pre-schoolers from 12 schools were asked to look carefully at two objects and describe what they noticed about the differences in appearance. The idea was to show that things may look different even while they have the same value; in the same way that people with disabilities are no less than people without disabilities, though they may look different.

There were “penny dropping” moments, as reflected in this reaction from C.J. and W.K, students of K1B at MindChamps Bishan: “The boy and the dog both have a long and short leg! It’s the same different thing.”

“If they need help, I will ask them but if they don’t need help then no need to disturb them,” offered Heather of K1A at MindChamps Bishan.

“We must be kind to children who are different,” said a student from an N2 class at Little Sparks. 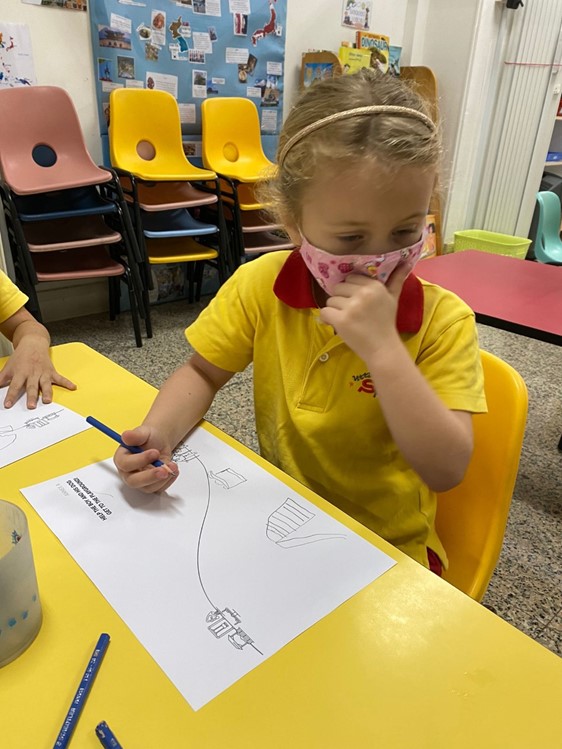 Image description: A student at Little Sparks thinks hard to come up with the best solution to get a boy with a disability up a steep slope. She is wearing a pink mask and a yellow polo t-shirt with a red collar.

The workshops included an art activity in which the kids got to imagine and then illustrate a solution to a challenge: how the boy and his dog could get up a steep hill in order to reach the playground. Some suggestions included building an elevator or an escalator; using a hot air balloon, building a train, and even using a magic carpet! Practicality was not the aim, which was to get the kids thinking about the concept of accessibility.

At LASALLE’s Puttnam School of Film & Animation, film students were given the opportunity to meet and chat with three directors. Two of them directed True Colors Festival original documentaries: Yoichi Ochiai of The Future is Now! and Hiroki Kawai who directed Clothes in Conversation (New York Film Awards winner of Best Documentary Feature for May 2021and London Fashion Film Festival 2021 Official Film Selection); and the third was Doug Roland, director of Feeling Through, the world’s first film featuring a DeafBlind actor. It was nominated for an Oscar in 2021.

The directors answered questions about the process, purpose and some of the challenges they faced in creating each of their films. 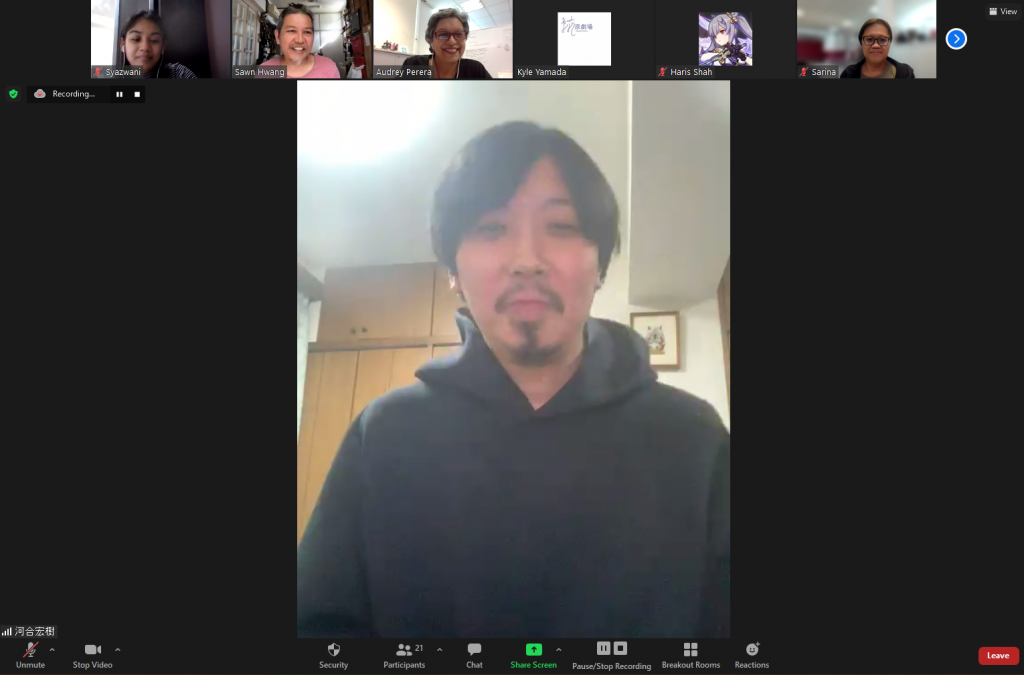 Image description: Director Hiroki Kawai on a Zoom call with students and faculty of LASALLE’s Puttnam School of Film & Animation and True Colors Film Festival producers. He answers questions about the making of his True Colors Fashion documentary “Clothes in Conversation”. He is wearing a black hoodie and has side-parted hair and facial hair.

“The conversation has opened up a myriad of interesting issues; like several ripples in a pond that cross paths and in them we found that we are all more connected than we think. No one ripple is isolated in itself,” said a Level 2, Diploma Broadcast Media student on Yoichi Ochiai’s session.

“It was an immensely powerful and emotionally fulfilling experience both watching Feeling Through and listening to Doug Roland recounting the artistic journey behind in that it reaffirmed the sheer necessity for simple human interaction and meaningful communication in a world that is becoming more digital and potentially divisive,” said Khalid Al Mkhlaafy, Programme Leader, Diploma Broadcast Media & BA (Hons) Film, Puttnam School of Film & Animation.

Image description: Two people on a split-screen Zoom meeting. On the left is Khalid Al Mkhlaafy, Programme Leader, Diploma Broadcast Media & BA (Hons) Film, Puttnam School of Film & Animation. On the right is Doug Roland, director of “Feeling Through”, the world’s first film featuring a DeafBlind actor. They discuss the film “Feeling Through” and the importance of storytelling.

The session also affirmed the importance of film, and indeed storytelling, as a way of shedding light on experiences that are not widely discussed or understood.