“True Colors Film Festival 2021 is an opportunity to broaden the horizons of the world,” writes Kenji Mizukami.

For starters, True Colors Festival makes it clear that its objective is to create “a series of performing arts events presented across geographies, in celebration of diversity and inclusion as One World One Family.” They go on to describe the True Colors Film Festival as “a film festival to experience diversity” with “Perspectives” being its theme.

What I experienced through this film festival can be summed up in a phrase: “diverse perspectives”. It was an opportunity to be reminded that there are different viewpoints to every matter and that the understanding of situations completely differs depending on our perspective.

“To have diverse perspectives” – that’s easier said than done. It’s also surprisingly difficult to put to practice all the time, no matter how much you commit the saying to memory. When a scenario is presented to you, you can’t help but defer to your usual viewpoints and be caught in that familiar frame of mind. As a result, you may not realize that you’ve missed your chance to update your perspectives and viewpoints, so they remain as narrow and biased as before. All this describes what makes this film festival such a great event – every film showed me new worlds and offered me unseen discoveries, broadening my perspective. 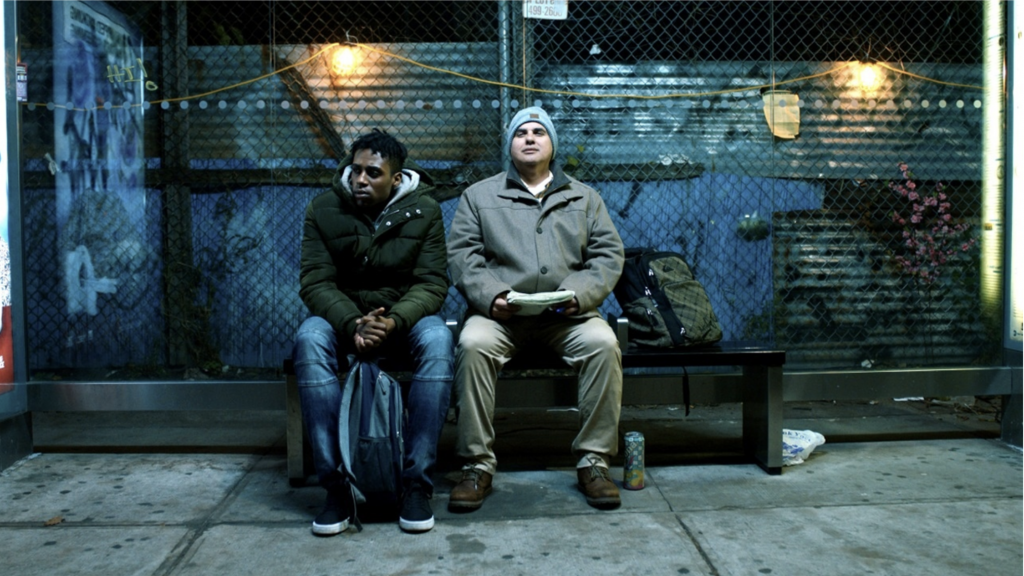 One of the films that stood out to me was “Feeling Through”, nominated for the Academy Awards for Best Short Films in 2021. On the lonely streets of New York late one night, an unhoused young man and a DeafBlind man, both lost while looking for a bus stop, run into each other by chance.

At first, I expected  tragedy to follow, considering the characters’ situations, their appearances, and the dark street on which the scenes unfold. However my prediction was proven wrong and we were presented with a surprising scene that led us to reflect on the meaning of “being in the same boat”.

At first the young man helps the DeafBlind man reluctantly, far from being kind. When they visit a kiosk, he steals the man’s cash. On the other hand, the man is quite a character himself. Moments before a bus arrives, he throws a tantrum lamenting that his thirst could kill him. The young man takes him to a kiosk, and sure enough, they miss the bus. But the DeafBlind man is not rattled, acting as if such things happen, and we were a bit baffled with his audacity. So they’re both alike, though in different ways.

At the beginning,the two aren’t able to get through to each other at all. This changes after they engage in further conversation. They start to get a better sense of each other’s points of view and begin to find common ground in their shared humanity — one as a man stricken by poverty and the other a man with a disability. From this moment, their consciousness, especially that of the young man’s, changes drastically.

The young man, who reluctantly helps the man out of moral obligation, now gives him a hand out of his own free will. The young man realizes then that his hardened heart is transformed by helping the man find his way to the bus stop. Despite being a short film, “Feeling Through” is an amazing film that got me to ponder on the idea of “living in a community.

Through this festival I experienced  diverse perspectives, but there was one another discovery: I got to experience new possibilities of film. 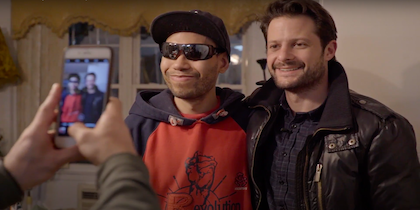 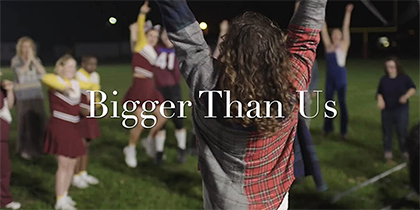 In recent years, more films that turn the spotlight on marginalized people such as the transgender and the disabled community have been made. However, only a number of them feature cast members from the communities they aim to spotlight. To the best of memory, I cannot recall having seen one.

In that sense, “Feeling Through” and “Best Summer Ever” are truly exceptional. The two accompanying behind-the-scenes films reveal the journey that the cast and crew went through in order to bring their productions to life, as well as the fruits of their labor. These actors and crew members prove that there are people whose disabilities aren’t at all hindering them. There are certain emotions that are best expressed by a  professional actor. Having said that, I do not believe that characters can only be played by those who have the lived experience. I can’t help but look forward to seeing more films produced and performed by people with disabilities, telling their stories and having their voices heard. That is how the new possibilities of film can be uncovered.

Kenji Mizukami is a freelance film journalist. He has written for record labels and done magazine editing. He has interviewed directors and actors, and written film reviews for TV guides and online media. He was a selection member for PFF (PIA Film Festival) between 2010 and 2013, on the pre-selection committee for the competition department of the Yamagata International Documentary Film Festival in 2015 and 2017, and a review committee for the non-fiction department of the SSFF&ASIA2018 in 2018 and 2019.