Here at True Colors Festival, we’re one big family of artists, creators and planners. This week we introduce Kenta Kambara, an award-winning wheelchair dancer and circus performer, who has wowed audiences at home in Japan and in places as far away as Rio de Janeiro!

Accolades: Wheelchair dancer and circus artist specializing in aerial performances. Kenta has participated in several True Colors Festival events including True Colors DANCE, True Colors CIRCUS and our music video You Gotta Be. His performances are characterized by techniques that harness his upper body strength and enable him to execute stunts like doing a handstand on his wheelchair! He has performed in the closing ceremony of the Rio 2016 Paralympics and was a solo act at the Korea International Accessible Dance Festival in 2019. He won the Espers Award at the OnlineCircus Japan Festival 2021 which is determined by viewer votes. He has also appeared in TV commercials and gives talks in schools. 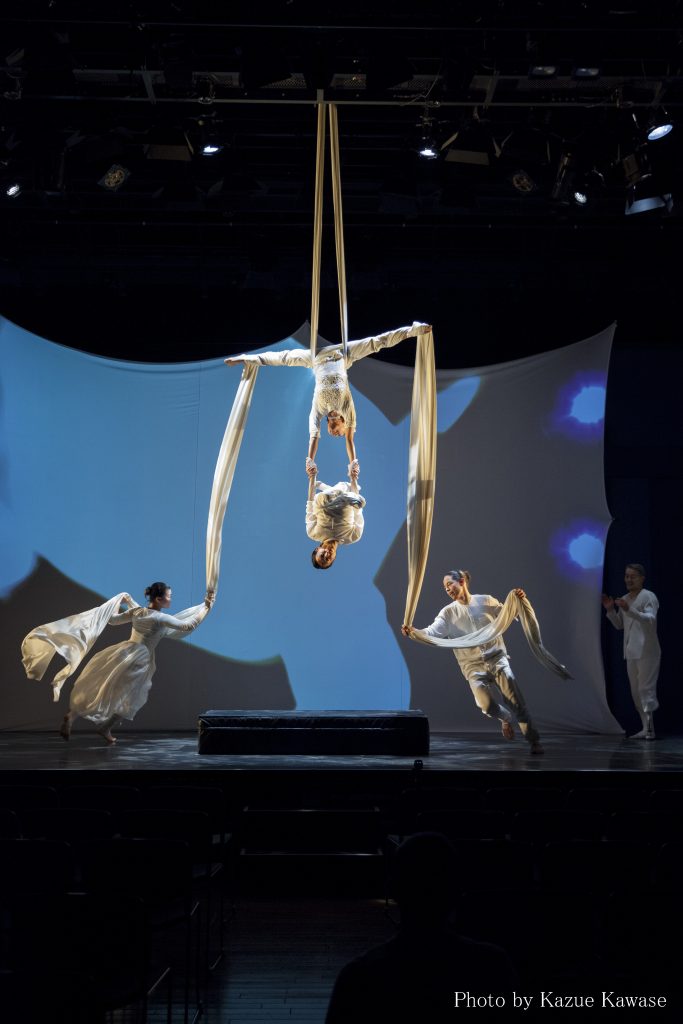 Image description: Kenta Kambara performing an aerial stunt on stage. He is suspended in mid-air by a fellow performer who is held in place by white silks looped around the ceiling truss. Two other performers on the ground circle Kenta and his aerial performance partner. Photo by Kazue Kawase.

Q: How did you first get into dancing and aerial performance?

I wanted to ride a cool wheelchair that I saw on the news on TV. At that time, the inclusive circus group SLOW LABEL was looking for performers to ride the cool wheelchair. So, I responded to the call for performers, got the job, and that became my first stage performance. From there, the producer of SLOW LABEL introduced me to aerial performance. When I tried aerial performance for the first time, I felt empowered as it allowed me to play to the strengths of my physical characteristics. For example, I found that I could get into an upside down position easily and stably with just the strength of my upper body. 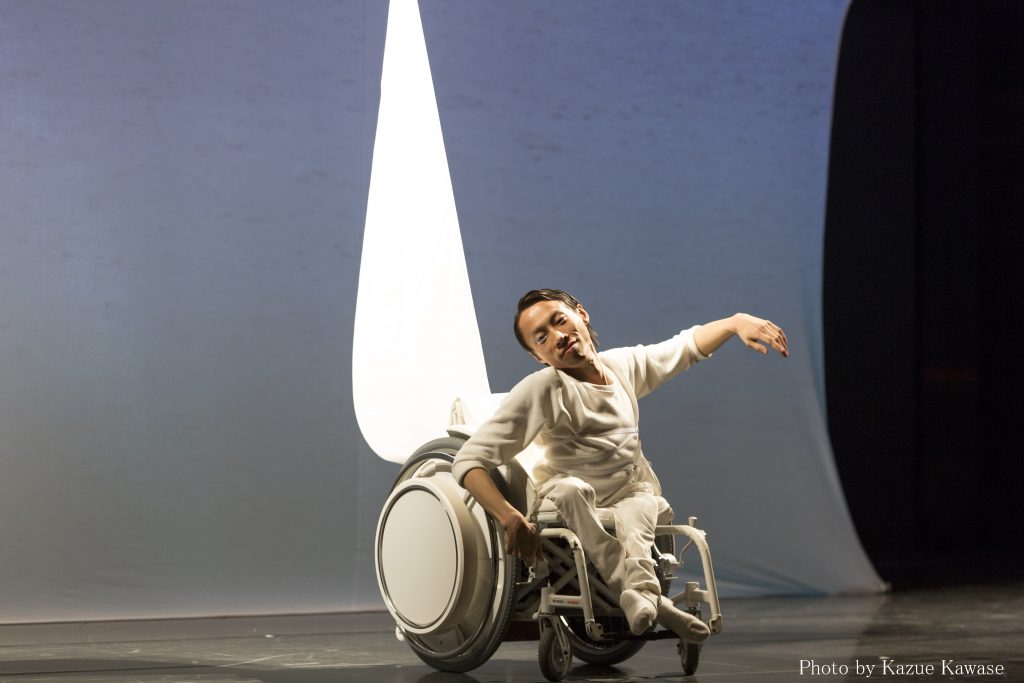 Image description: Kenta Kambara sits in a customized wheelchair. It was the desire to use it that got Kenta into aerial performance. Photo by Kazue Kawase.

Q: What were some challenges you faced in the earlier stages of your career as a performer?

The first time I danced solo in public was at the Nippon Budokan (an indoor arena located in Tokyo, Japan). Because of the location, I couldn’t dance the choreography I had in mind, and I was a broken mess. In order to overcome this failure, I decided that I would seek out as many opportunities as possible to dance in public. I also dance whenever I have to introduce myself.

Q: What has been the highlight of your career?

Definitely my appearance at the closing ceremony of the Rio 2016 Paralympics. The ground shook and the air trembled with the cheers of tens of thousands of people.

Q: You’ve participated in a number of True Colors Festival events. Could you tell us about some of the more memorable shows?

The True Colors CIRCUS performance was postponed for a year due to the pandemic, so we recorded the performance without a live audience, but I was happy just to be on stage. I hope that someday the audience will be able to see this work live! Another memorable one was the You Gotta Be music video released this year. It was a great honor to collaborate with people from all over the world. I liked that I got to shoot scenes from my daily life. In fact, this video was shot when my child was born about two months ago, so it is a particularly special video for me personally. I love TCF events! I look forward to TCF events even as a spectator!

Image description: An embedded YouTube video of an interview with Yoshie Kris, the Creative Producer of “T∞KY∞ – Too Good to be a Bug”, as she talks about the diversity of the show’s cast members, the risks the performers had to take during rehearsals and the importance of having trust and communication in order to successfully put on a show.

Q: How has the COVID-19 pandemic affected your work?

I have been performing less on stage. Instead, I have been making more video appearances, which leaves me trying to figure out what kind of dance looks best on video. I’ve also had the opportunity to give classes in schools. At first, there’s always a barrier between the children and I, but when I start to perform for them, their walls come down and they start to feel comfortable around me. That’s the power of performance.

Q: What are your future goals and what would you like to do?

I want to improve my dance skills and discover new moves of my own.

Q: The message of True Colors Festival is “One World One Family”, what does this mean to you personally?

I believe that a “One World, One Family” society is where people help those in need and those who are helped help others. As a wheelchair user, I also want to help people in need.