Here at True Colors Festival, we’re one big family of artists, creators and planners. This week we introduce Yoshie Kris, creative producer of the True Colors CIRCUS event T∞KY∞ – Too Good to be a Bug, happening on April 25 and 26 in Tokyo.

Accolades: Yoshie Kris is a Para creative producer, director, and founder of SLOW LABEL, which was established in 2011. She was the general director of the 2014 Yokohama Paratriennale; Stage Advisor for the 2016 Rio Paralympics Flag Handover Ceremony, and General Planning Team Creative Director for the 2020 Tokyo Opening and Closing Ceremonies. She’s on a quest to spread the Social Circus movement — the use of circus arts as a medium for social justice and social good — in Japan.

About the production: True Colors CIRCUS takes us deep into a future forest called “T∞KY∞”. The lives of the bugs that live within it are interconnected, but each brings a unique perspective to the shared world they live in. Through acrobatics, aerial arts, dance and play, the inhabitants of T∞KY∞ represent a society in which lives of all abilities, age, gender and nationalities can thrive alongside each other.

In 2010, I was diagnosed with osteosarcoma (a type of cancer that produces immature bones). Having lost lower limb function in my right leg, I returned to society as a person with a disability. Soon, I was approached by ZOU-NO-HANA Terrace in Yokohama to become the director of a manufacturing project where accessible facilities were set up for artists with disabilities to work in. That experience gave me the inspiration to launch the SLOW LABEL brand.

Q: What are some SLOW LABEL values that make it different from other performing arts companies?

We don’t get caught up in the usual standards of the performing arts industry.

Q: How did you come to be involved in large-scale global productions such as the Paralympics and Tokyo 2020?

The team that was in charge of directing the closing ceremony and flag handover ceremony for the Rio Games in 2016 got to know about the Yokohama Paratriennial in 2014 and the activities of SLOW MOVEMENT, which I had started the year before.

Q: How long did it take you to conceptualize True Colors CIRCUS: Too Good to Be a Bug? What was the inspiration for the story?

About three years. Initially, I tried to create a more stylish and urban set, but when I met organizations and people practicing social circus in South America in the fall of 2019, the idea I had totally changed, and that’s how I settled on the story as it is now. 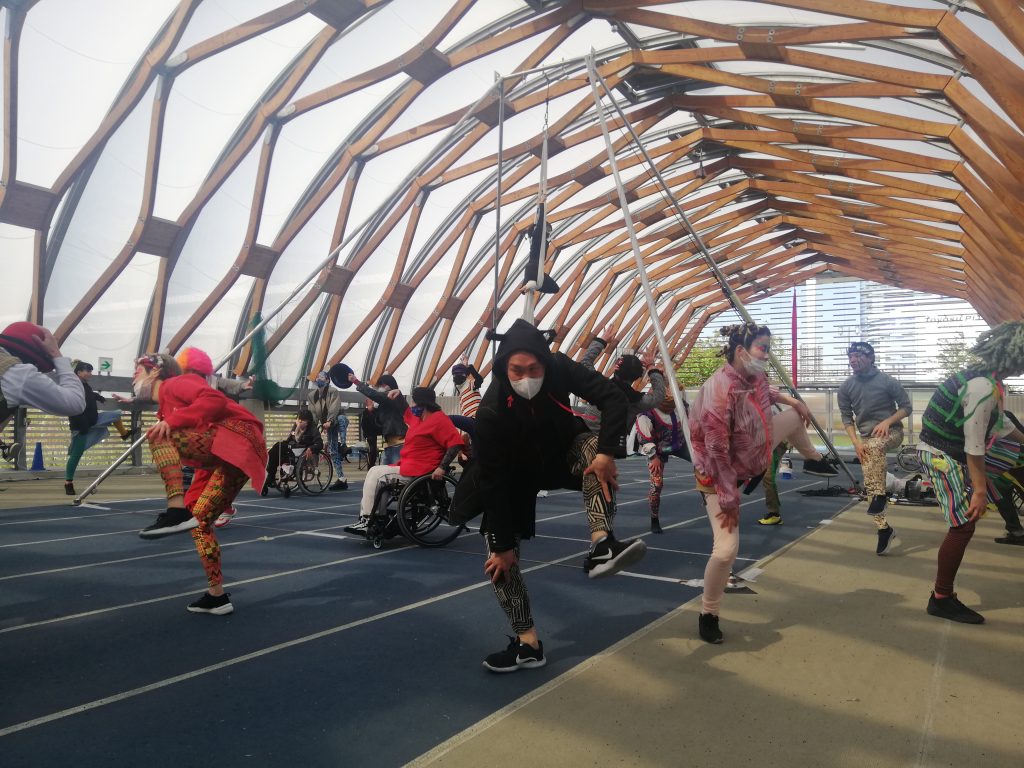 Q: Why is the circus art form important?

We are tolerant of differences in body, mind, and communication style, and have the ability to turn such differences into value. And this approach is what the times demand right now.

Q: Why should people watch the True Colors CIRCUS show?

It gives them a glimpse into what an ideal future could be.

Q: In your view, what are some aspects of accessibility in the performing arts that must be improved?

To enable performers with disabilities to make a living from it by having audiences support their creations.

Q: The message of True Colors Festival is “One World One Family”, what does this mean to you?

To live a life that is kind to myself, others, and the earth.

Register to attend True Colors CIRCUS: “T∞KY∞ – Too Good to be a Bug”