TCF in Azerbaijan: Celebrating a 30-year friendship between Azerbaijan and Japan

Radiant lights, resplendent performances, rich cultural exchange. These are just some words to describe the True Colors Festival in Azerbaijan, held in the capital city of Baku on June 24 and 25.

As Azerbaijani and Japanese performers linked hands to dance under the stars, and the audience lining the sidewalks of Baku’s Seaside Boulevard joined in the revelry, the differences in language, culture, even abilities, faded away…

It’s tough to capture in words the magic of the event, so we’ll let the photos do the talking. 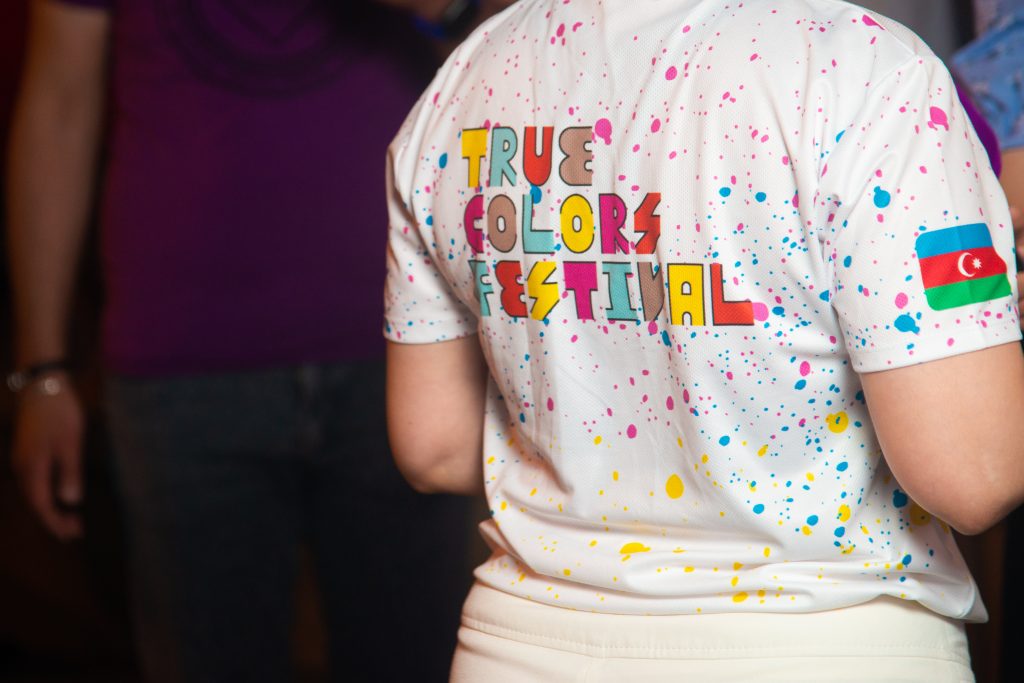 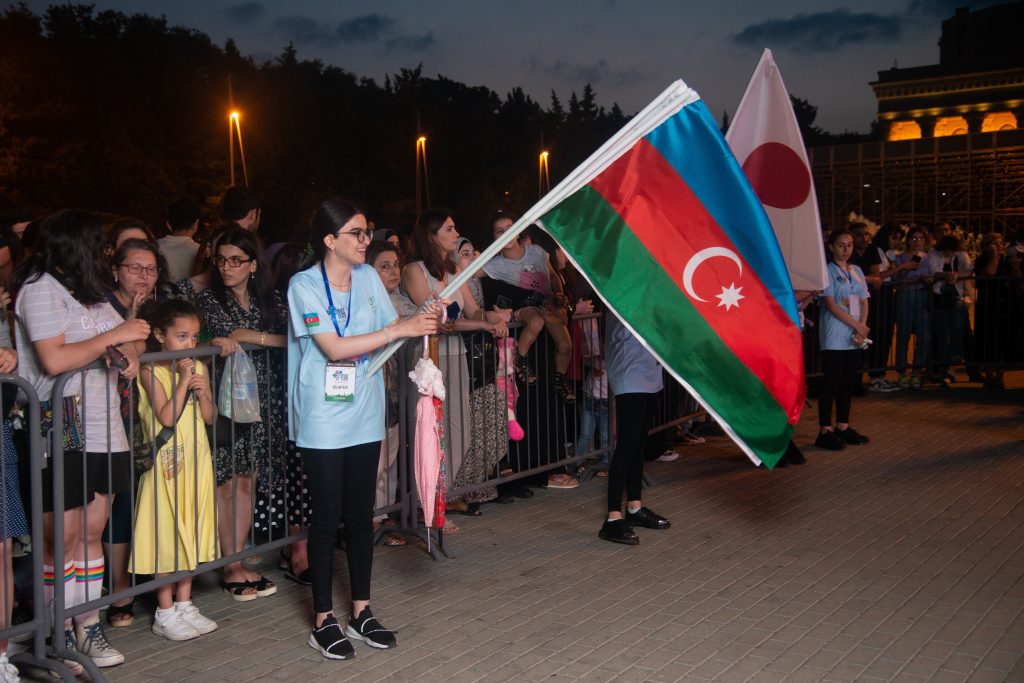 Festival volunteers waved the flags of Azerbaijan and Japan while festival goers eagerly awaited the commencement of the event as dusk descends. 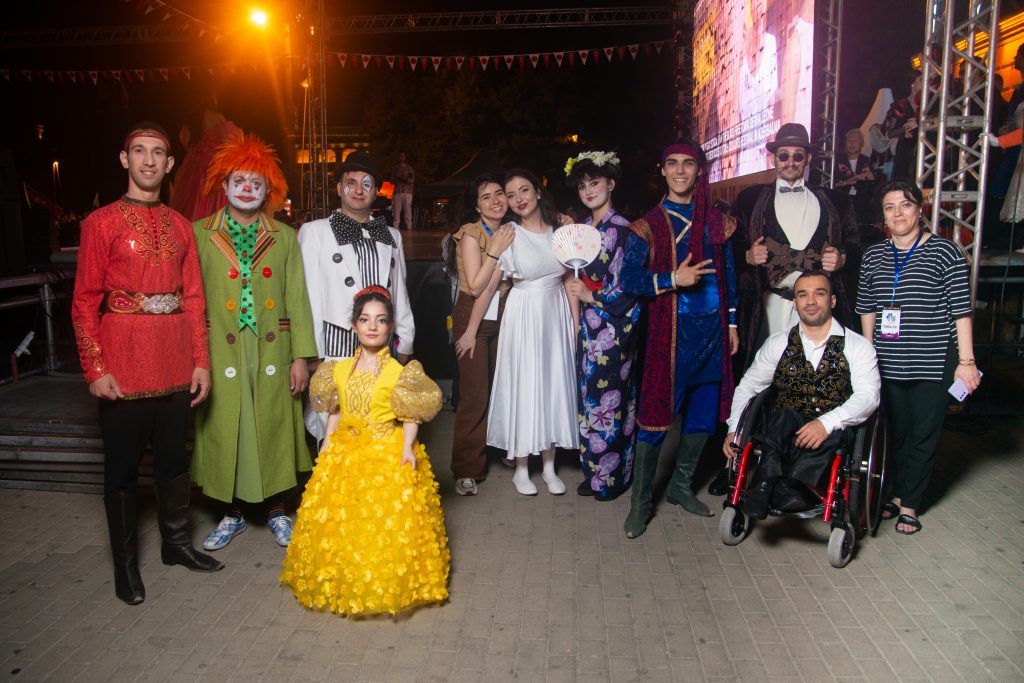 One for the album! The Azerbaijani cast pose for a photo in all their festival finery! 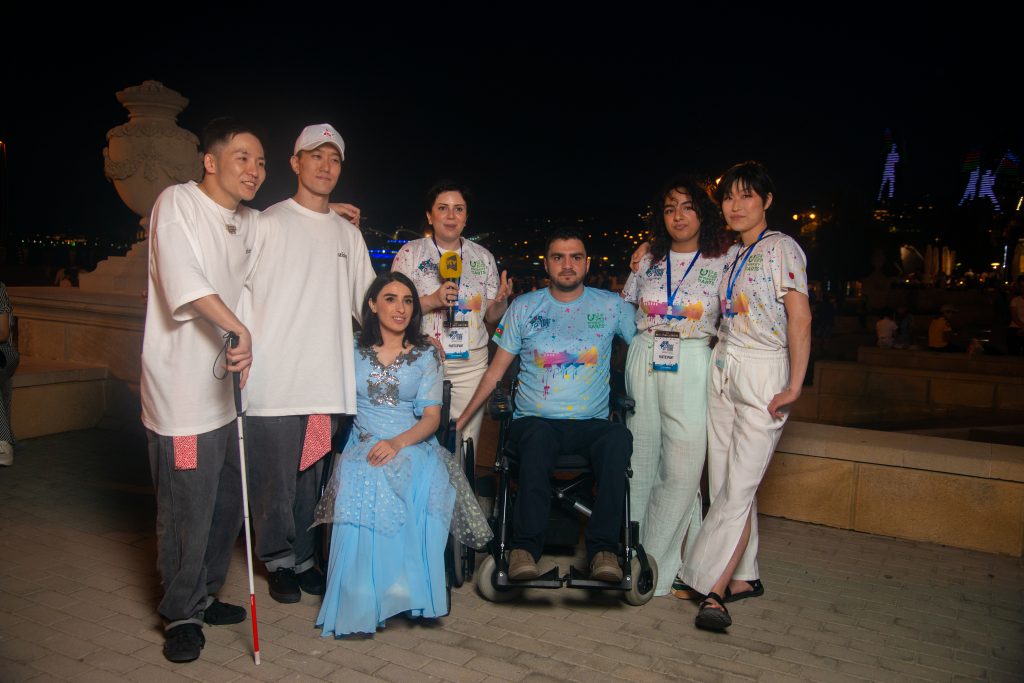 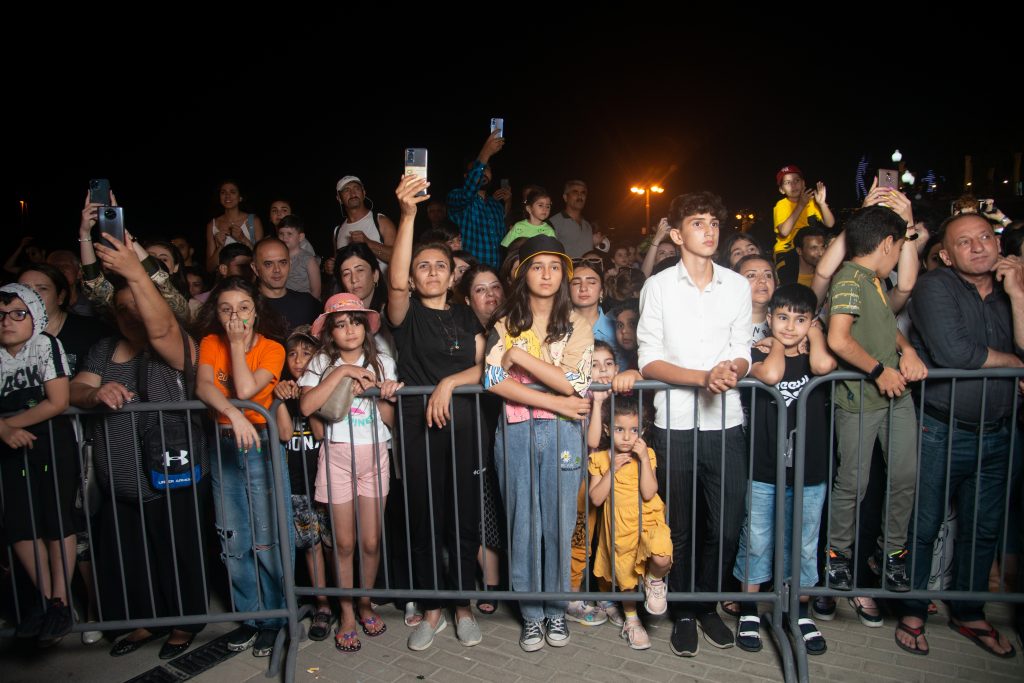 Pics or it didn’t happen! Like people of all ages around the world, our Azerbaijani audience were seen capturing snippets of the concert with their phones. 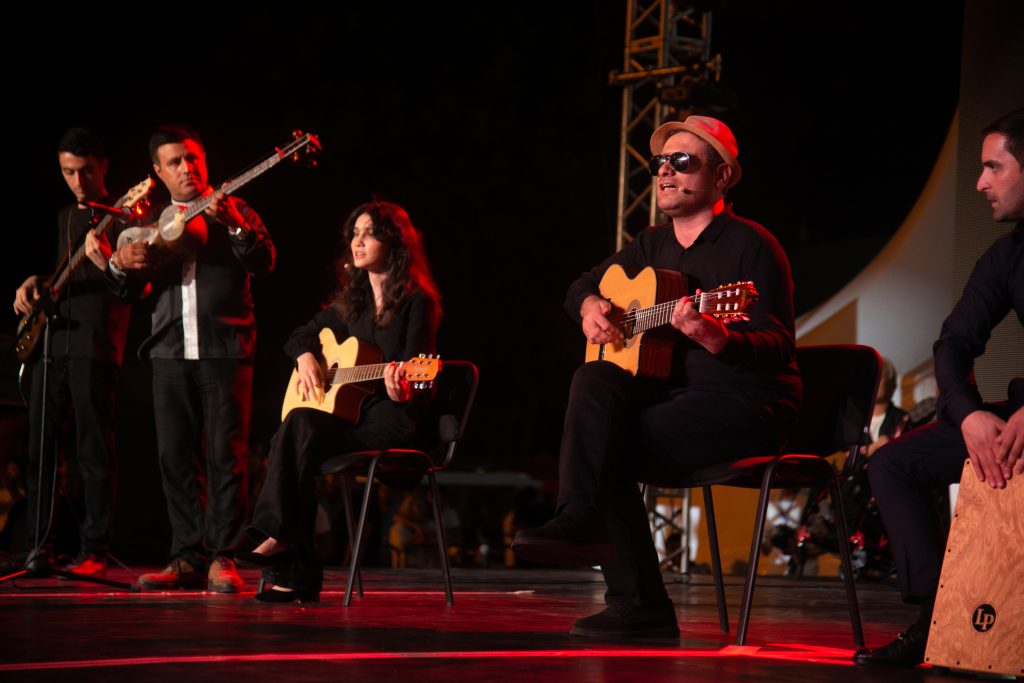 Audiences were treated to performances from distinguished artists such as Azerbaijani guitarist Fargan Arifoglu, seen here belting out pieces accompanied by musicians on traditional instruments and the guitar. 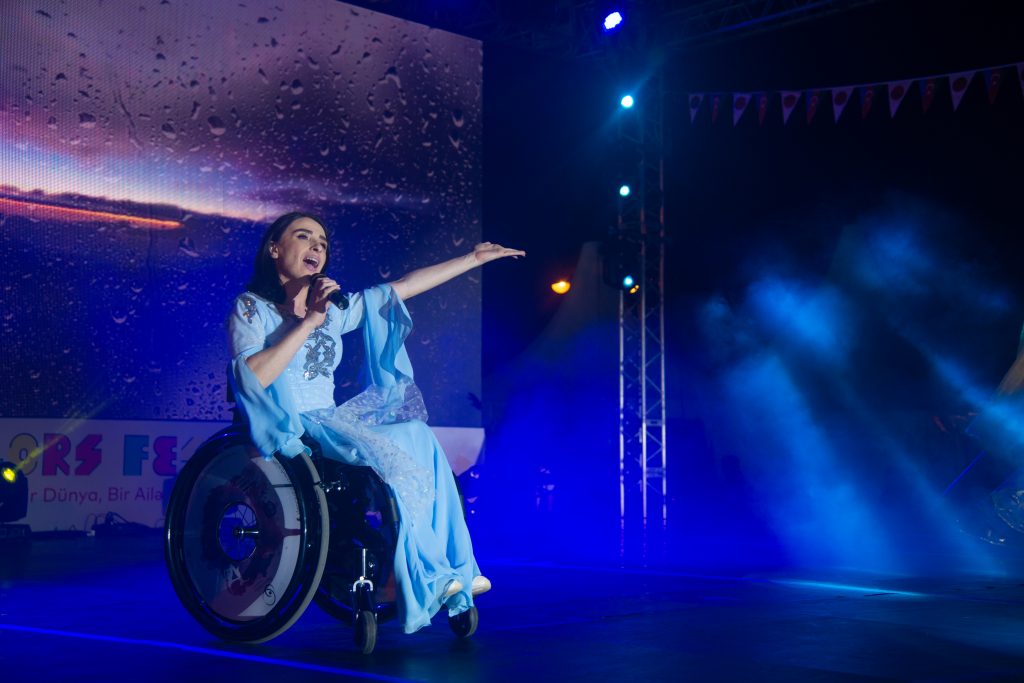 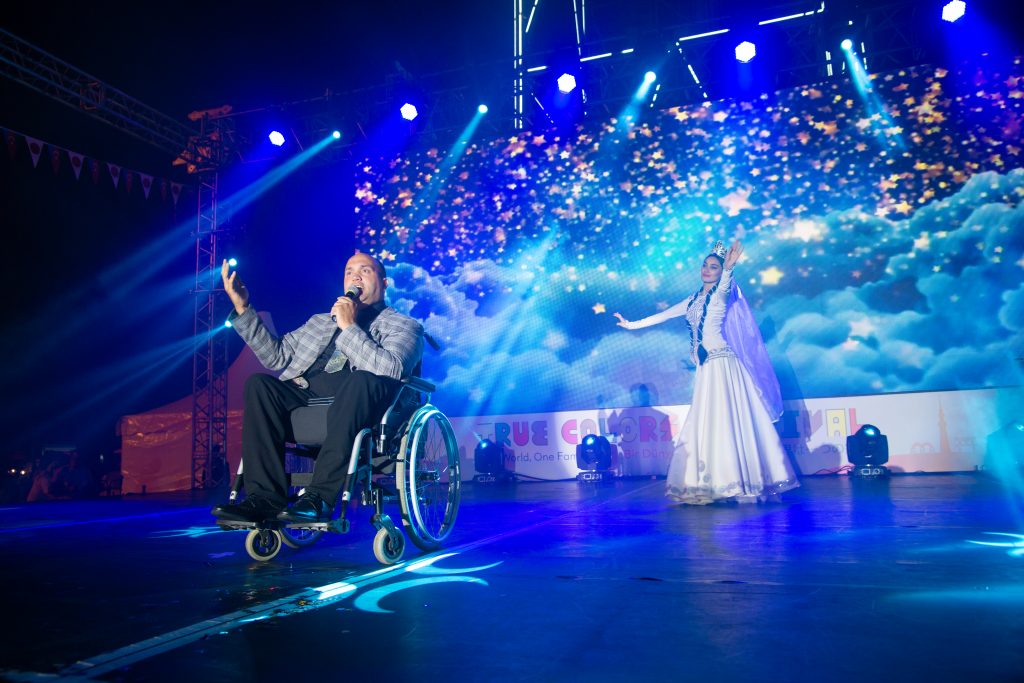 A dazzling song and dance performance for the spellbound audience. 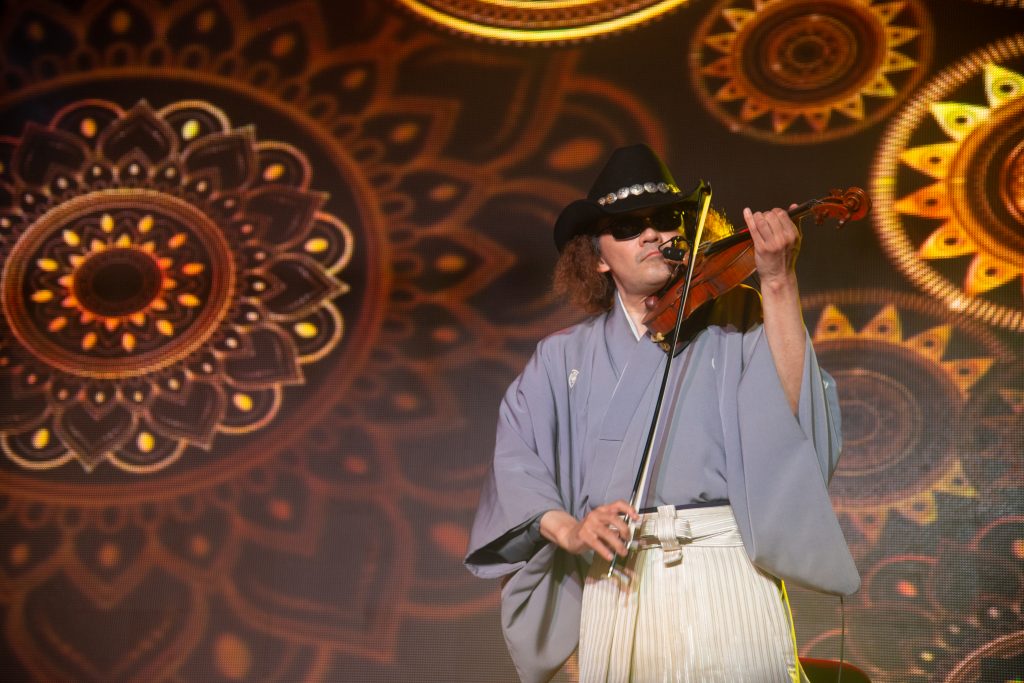 Japanese violinist Yusuke Anazawa wowed the audience with his soulful playing and virtuosity. 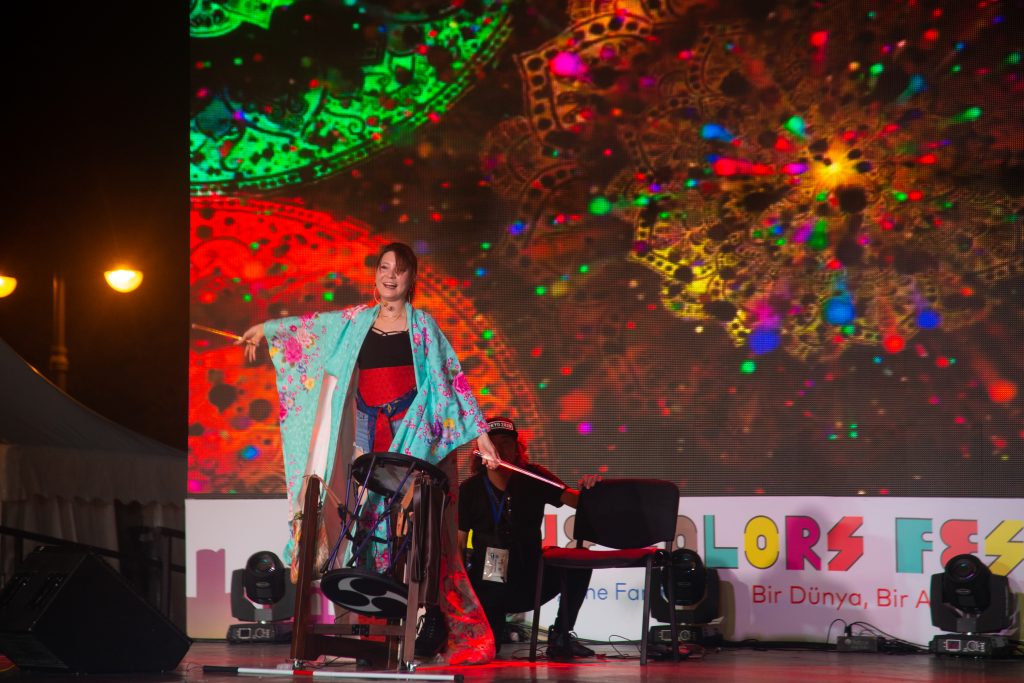 Taiko percussionist Akiko Tomida studied Japanese drumming from the age of four and performed at the Tokyo 2020 Paralympics opening ceremony. Her philosophy in life is to be “like the sun for everyone” and “to feel with (her) mind’s eye even if totally blind.” 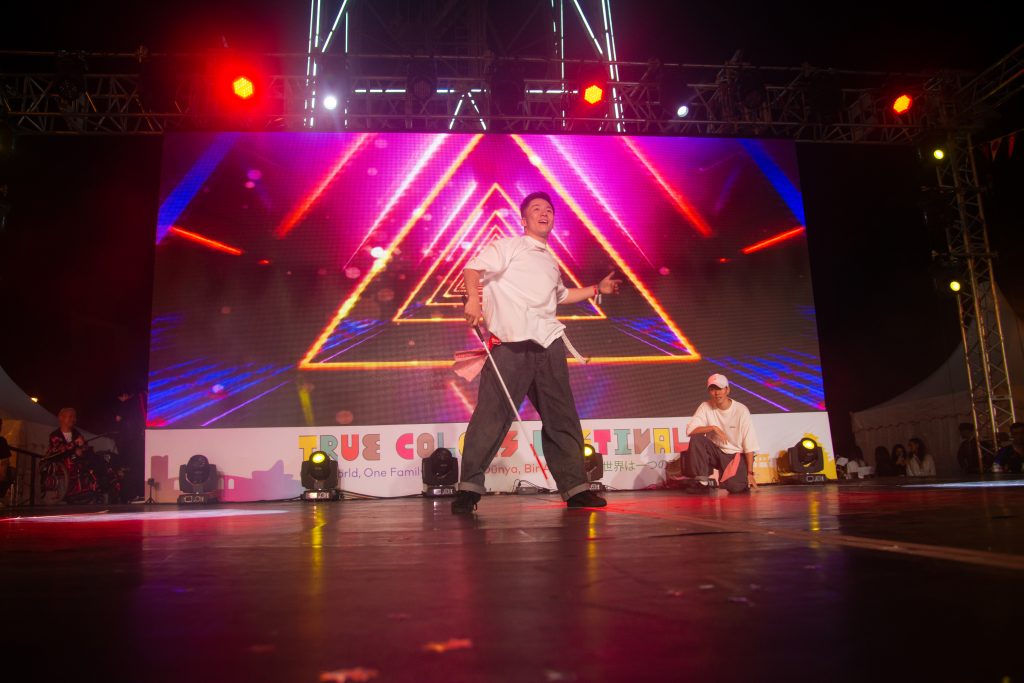 B-boys MORIKO JAPAN, Ryoma Suzuki from Japan showing off their moves to the Azerbaijani crowd. Besides the solo performances, artists from the two countries performed together too! 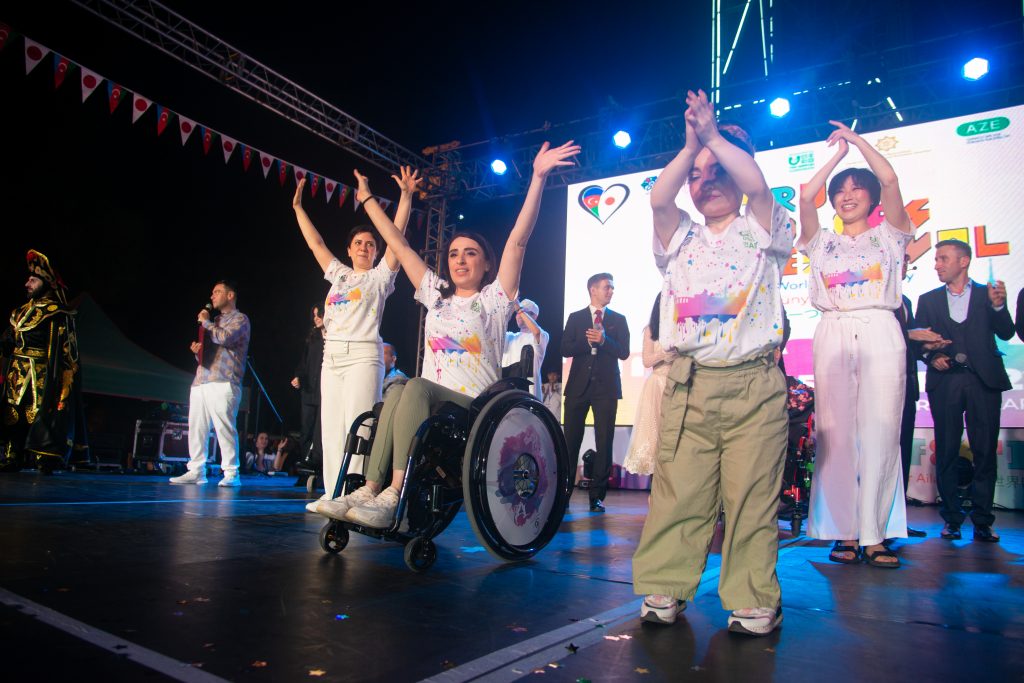 And explosive it was as seen from the smiles on Japanese musical actress Hiroko Higashino with fellow Azerbaijani artists. 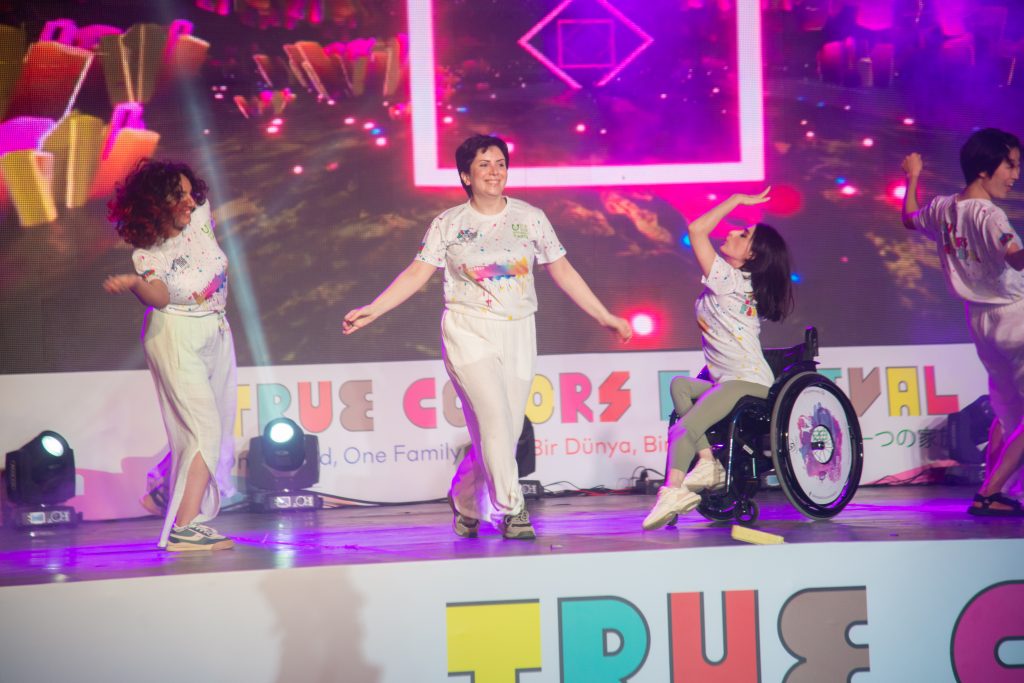 Artists from both countries enjoying a fun collaborative dance item. 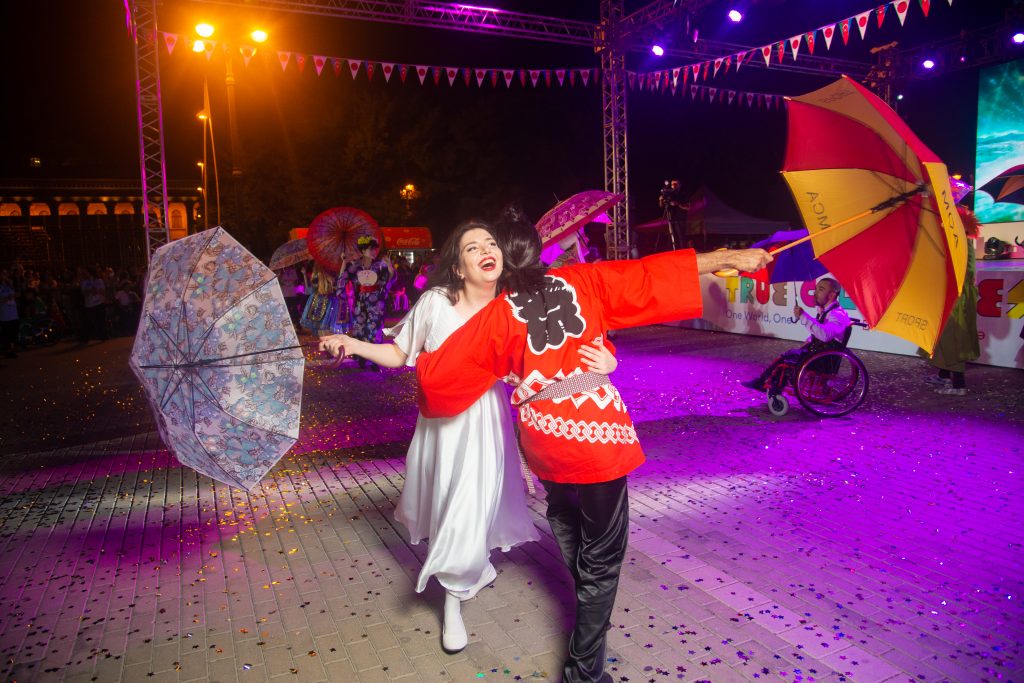 Azerbaijani artists put up performances commemorating both cultures and appreciating the diversity and similarities between the two countries. 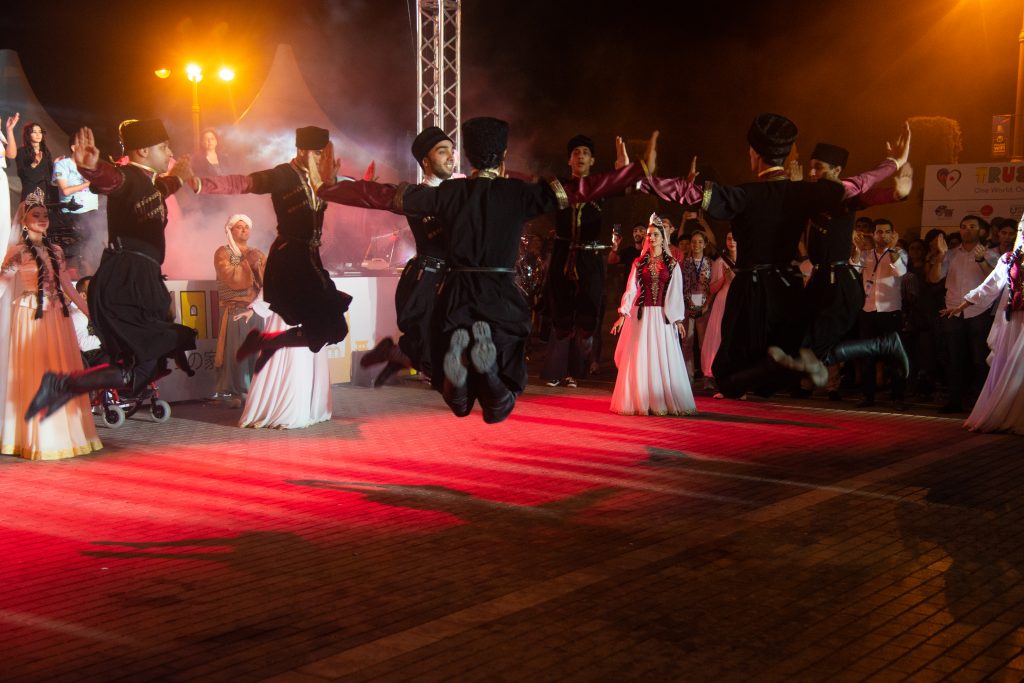 The traditional Azerbaijani dance performance was a feast for the senses! 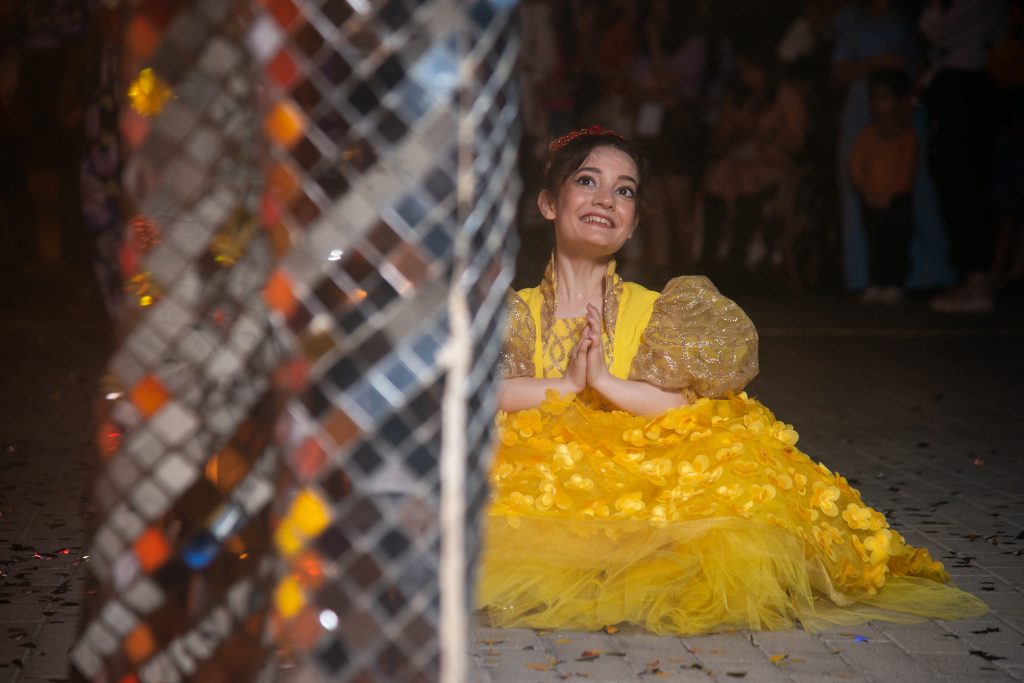 A special moment captured, as an Azerbaijani performer immerses in her performance. 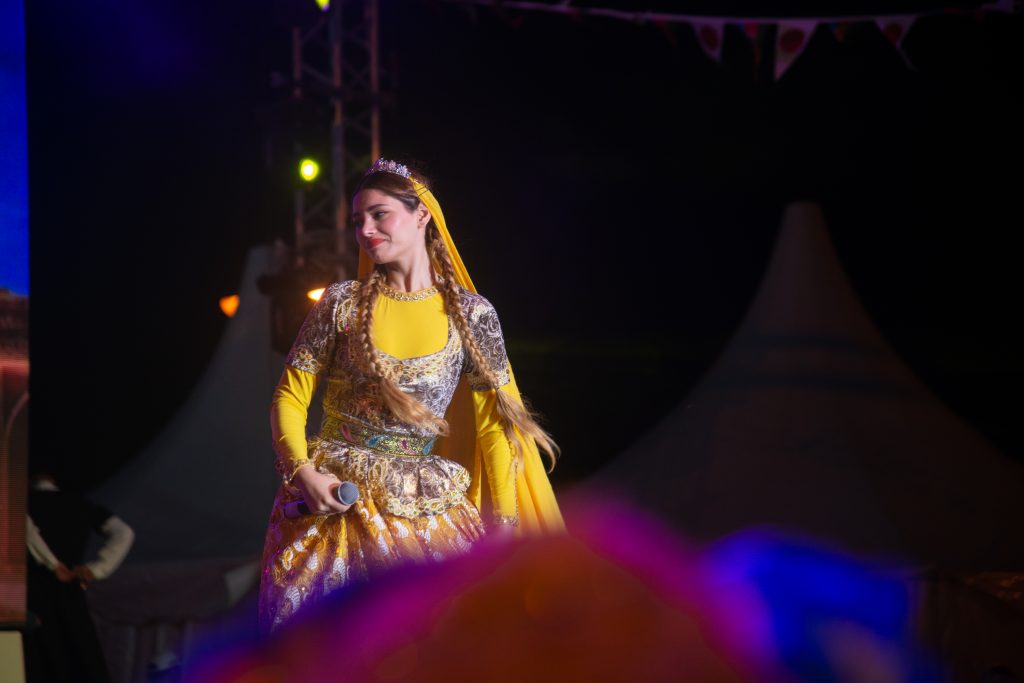 The festival was heart-stirring for performers and audiences. 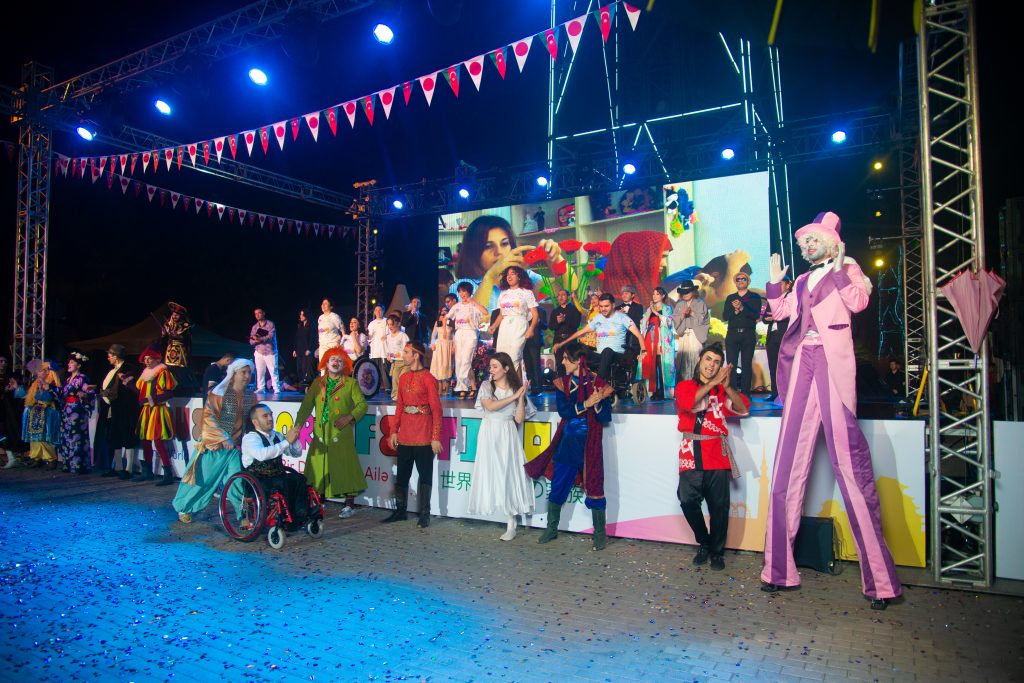 Artists out in full force as the magical festival comes to a close. 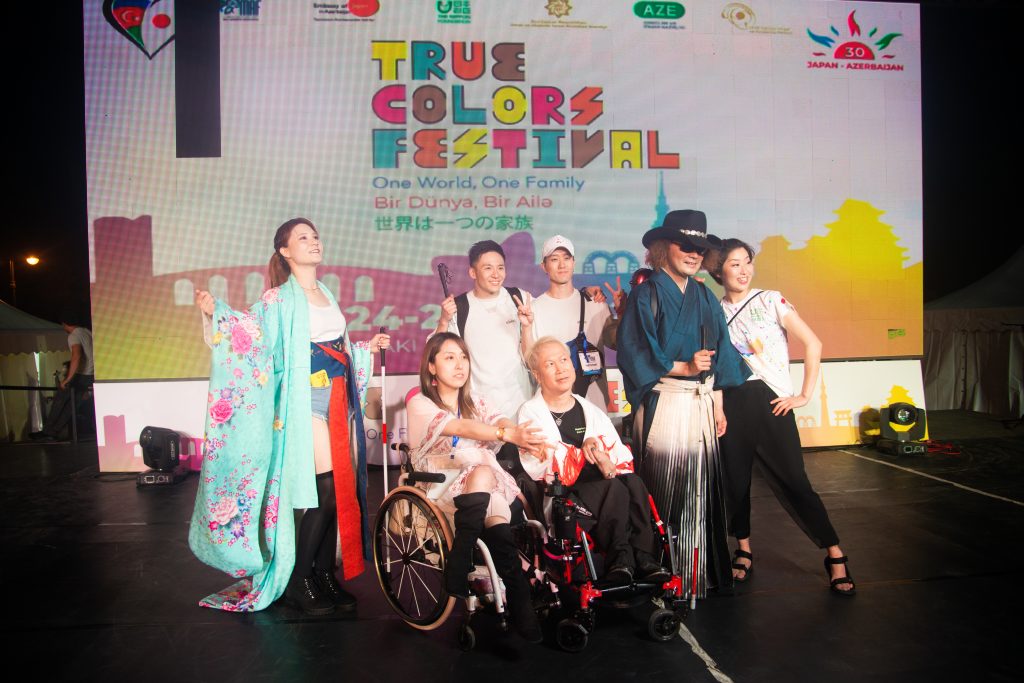 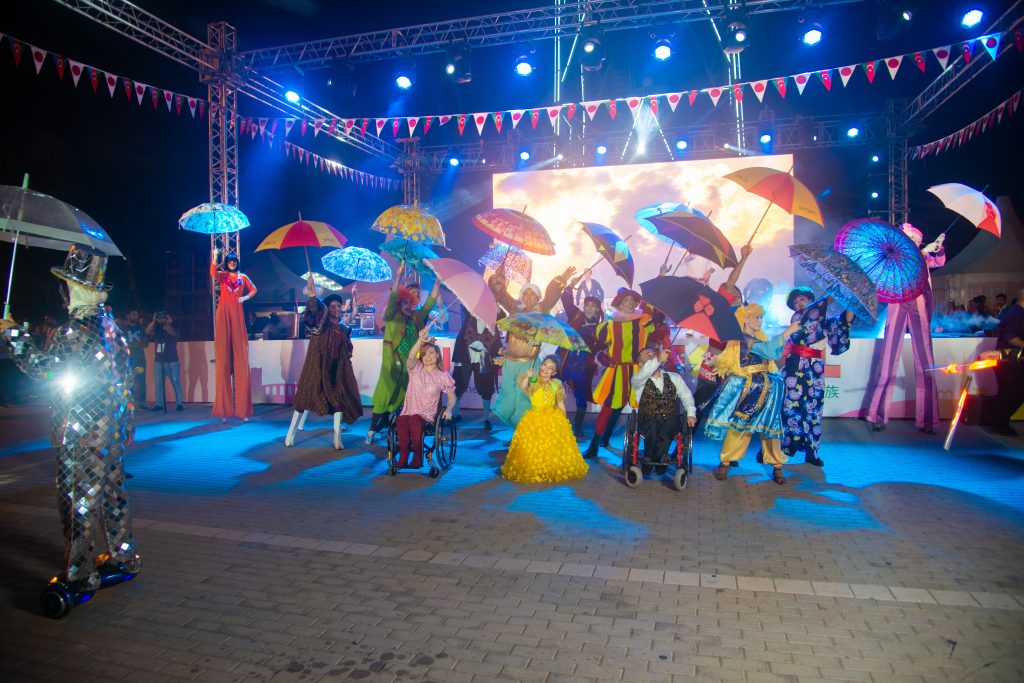 Not a shine that could be dimmed! This colorful scene was made even brighter by the smiles on the faces!

True Colors Festival and our message of One World, One Family does not end in Baku. Don’t miss our next special event, True Colors Festival: THE CONCERT 2022, coming your way this November, where over 90 artists from more than 12 countries will gather for a never-before concert experience!

You might be interested in the following article:
Meet the Family Interview with TCF Azerbaijan Producer Miki Nozaki