True Colors Festival, where people aspire for a diverse society that supports each other regardless of their abilities, gender, age, and nationality, has begun. With its first program kicking off on September 10, 2019, there will be various performing arts program until July 2020.

On July 19, at the hosting organization Nippon Foundation, staff of the co-presenters Nippon Foundation DIVERSITY IN THE ARTS and the producers from Loftwork and precog sat down with the Advisory Panel for a conversation. 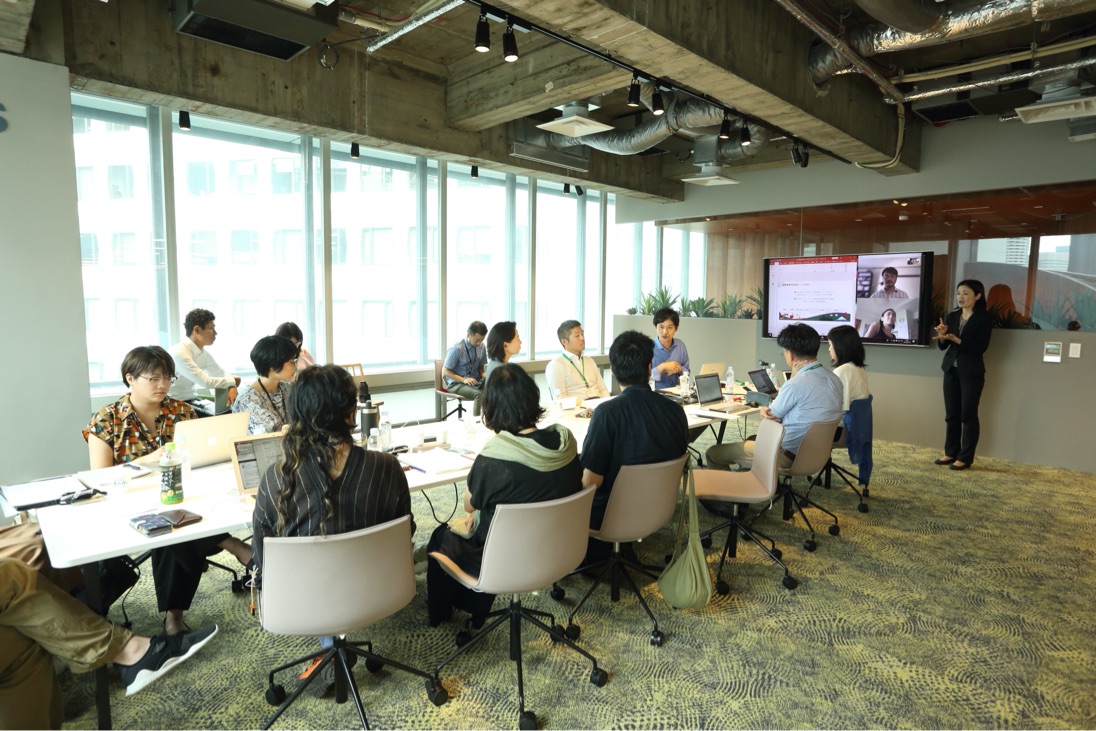 The Advisory Panel includes members who excel in fields of business and the arts, despite their disabilities. Their various backgrounds as being transgender or directly effected by issues of accessibility guided the discussion on how the True Colors Festival should take shape.

Five members of the Advisory Panel took part in this meeting. The conversation started with members introducing themselves, and telling us what they expect or look forward to from the True Colors Festival. 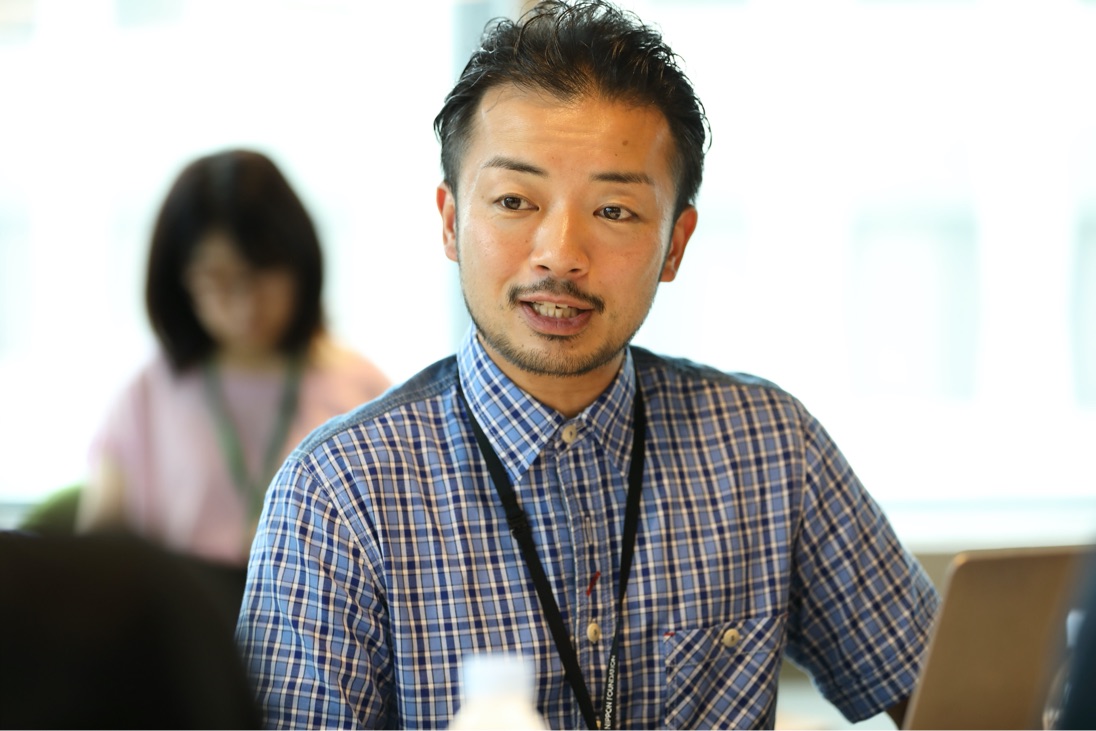 Fumiya Sugiyama, who is a former athlete on the Japanese national fencing team, is transgender and became the co-director of Japan’s largest LGBT PRIDE parade organizer, NPO Tokyo Rainbow PRIDE. He also was involved in Japan’s first same-sex regulation for Shibuya City, and is a member of the city’s Gender Equality and Promotion of Diverse Society Council.

Sugiyama: I look forward for the festival to create interest among people who don’t personally relate to issues that we deal with and hope the festival will become a legacy that will continue after 2020. 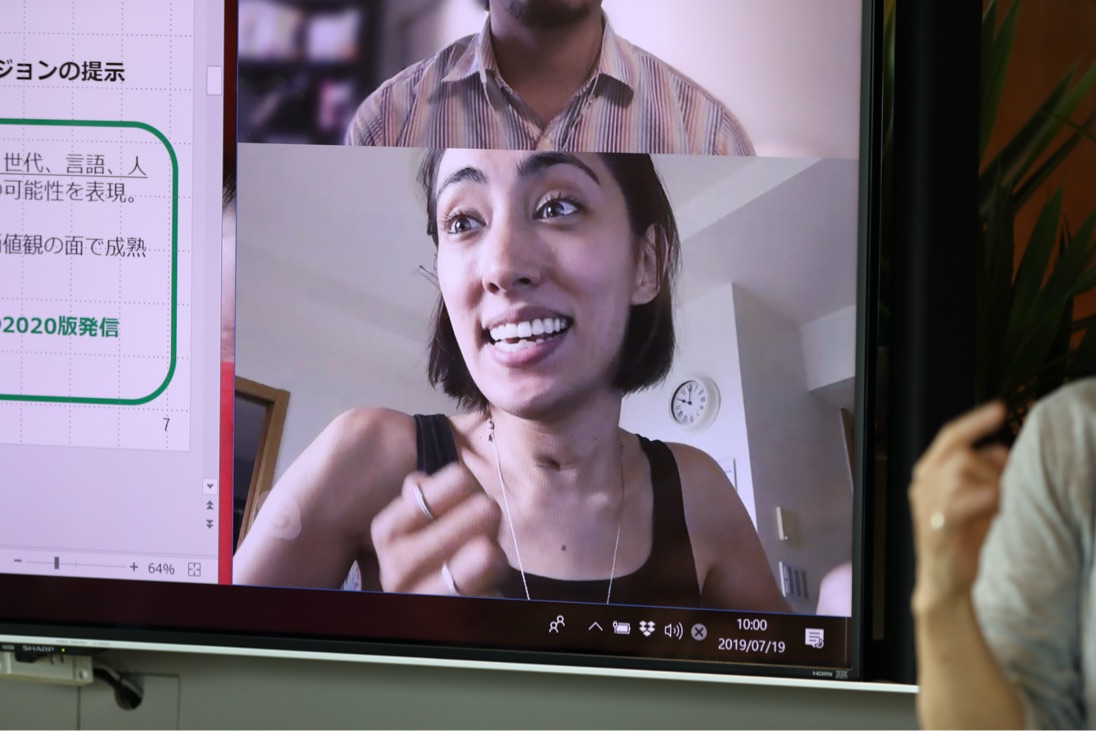 One of the advisory members participated through Skype. Julia Olson faced a traumatic car accident at the age of 19, which left her paralyzed from the neck down. Since then, she has focused on physical rehabilitation and has shown remarkable recovery. She is now based in Tokyo where she works for a global financial firm while using an electric wheelchair. She hopes that her own experience can help eliminate prejudice against disabilities and inspire for a more inclusive mindset.

Olson: I hope that all people will enjoy the True Colors Festival and that more than any thing, everyone can feel like there are welcomed there. 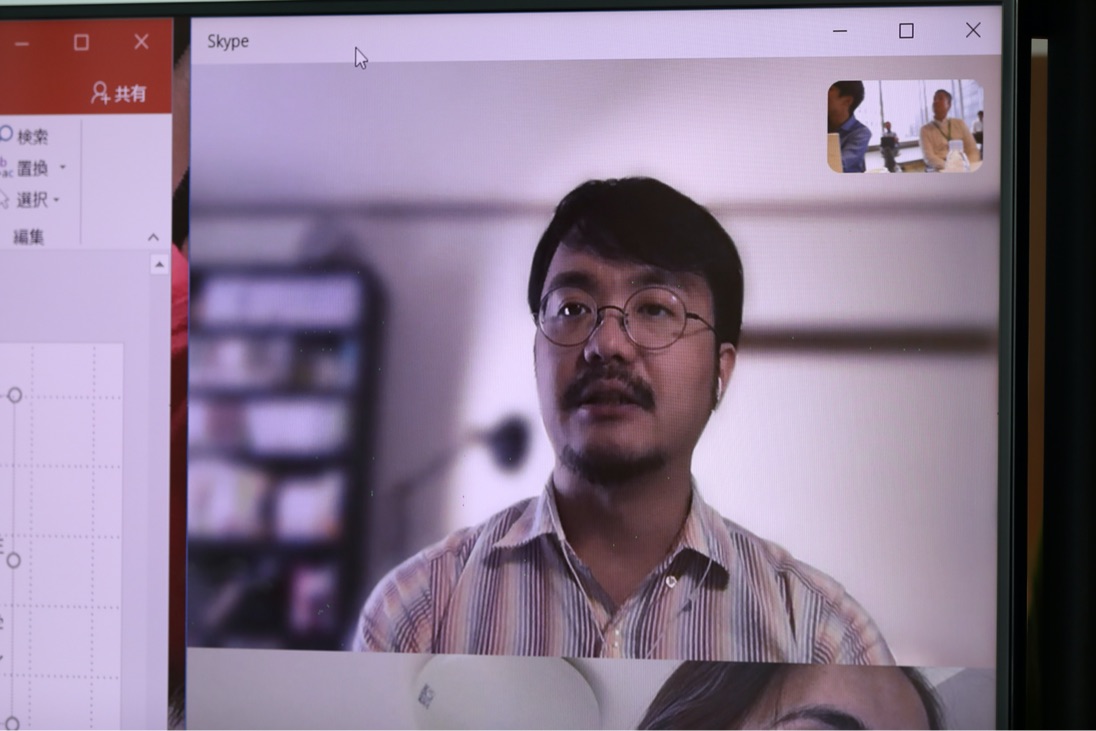 Yuji Kato is an artist who is openly gay, and has been a staff member of the Gender Research center at the International Christian University (ICU) and at a NPO that conducts training for corporations on LGBT issues. He has organized research groups, facilitated external and internal consultation meetings for the university, and organized training sessions for faculty.

Kato: I was informed that events would take place over the course of a year with various programs. I hope that a diverse group of people can enjoy the program each in their own ways and if there is anything I can help with, I would be more than happy to do so. 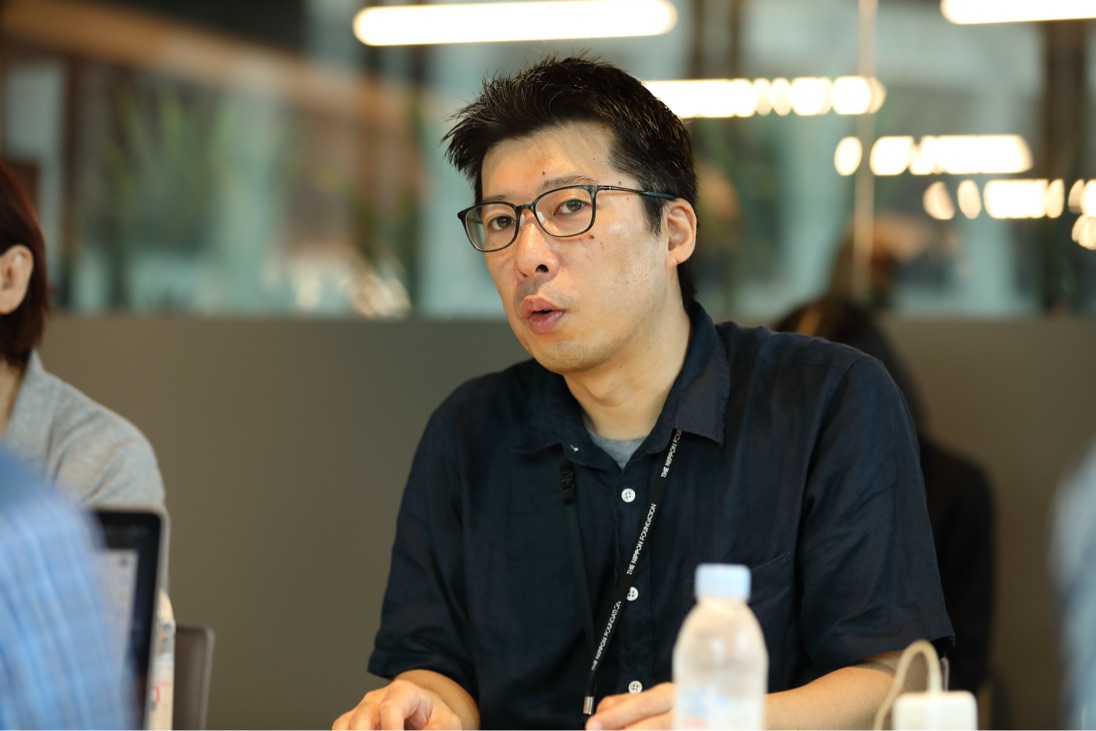 Starting from a welfare caregiver for people with disabilities, Hayashi founded the Workshop for Experiencing Art with the Visually Impaired in 2012, and is its current director. He has organized workshops at museums and schools all over Japan, where the visually impaired and sighted people experience art together through words.

Hayashi: Everyone switches between identities that tell you “I am unique” and “I am nobody.” For minorities, including people with disabilities, this switch is difficult in reality. Therefore, I believe that it is important to differentiate the information sent to individuals and to the public. 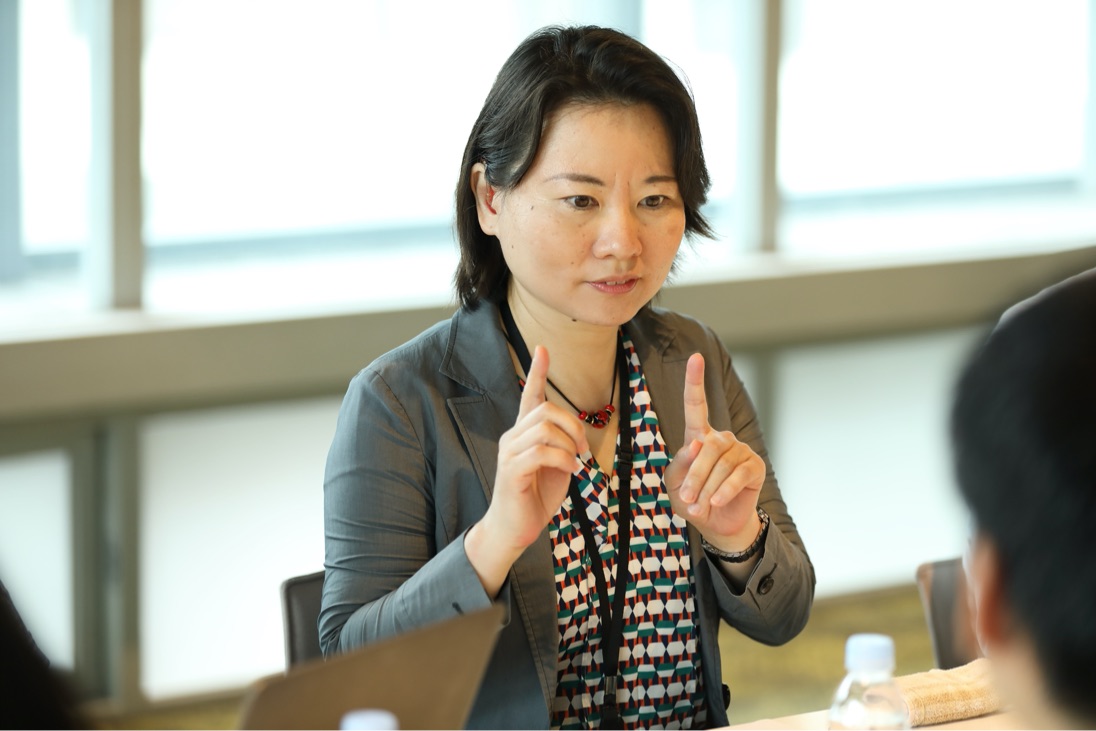 As a person with hearing impairment, Asako Hirokawa joined the “Japan Deaf People’s Performing Art Troupe” in 1994. In 2009, for one year she trained at the Graeae Theatre Company in the U.K., which consists of artists with disabilities and hearing impairment, with the support from the Duskin Leaders with Disabilities Overseas Training Program. She won the 66th New Artist Award from the Japanese Minister of Education, Culture, Sports, Science and Technology, and since 2018, she is a researcher in the field of Tojisha Kenkyu at the The Research Center for Advanced Science and Technology, The University of Tokyo where she researches on how to support the viewing of theater.

Hirokawa: Because people with hearing impairment need sign language translators, they are in a linguistically weak position. However after studying in the UK, I experienced that even for regular theater performances there were closed captions or sign language translation, and I wanted to advocate for facilitating a more accessible environment. From the position of the hearing impaired, I hope that the event can change the situation where the lack of accessibility prevents the participation of people with disabilities.

Just from their introductions, various issues were raised for the festival to consider. These perspectives were valuable because they came from personal experiences of physical challenges, interaction with people of different opinions, and lack of social infrastructure.

When we asked about their thoughts on the festival plan, various opinions were spoken.

Several issues were raised regarding the background and aim of the festival and about the new goals that were set for this year’s festival described in the “True Colors Festival Plan” that was prepared by Nippon Foundation. Mr. Hayashi commented: “We have to be more precise with the words we use.” When words are cut short, it is important to be considerate for things that were excluded. 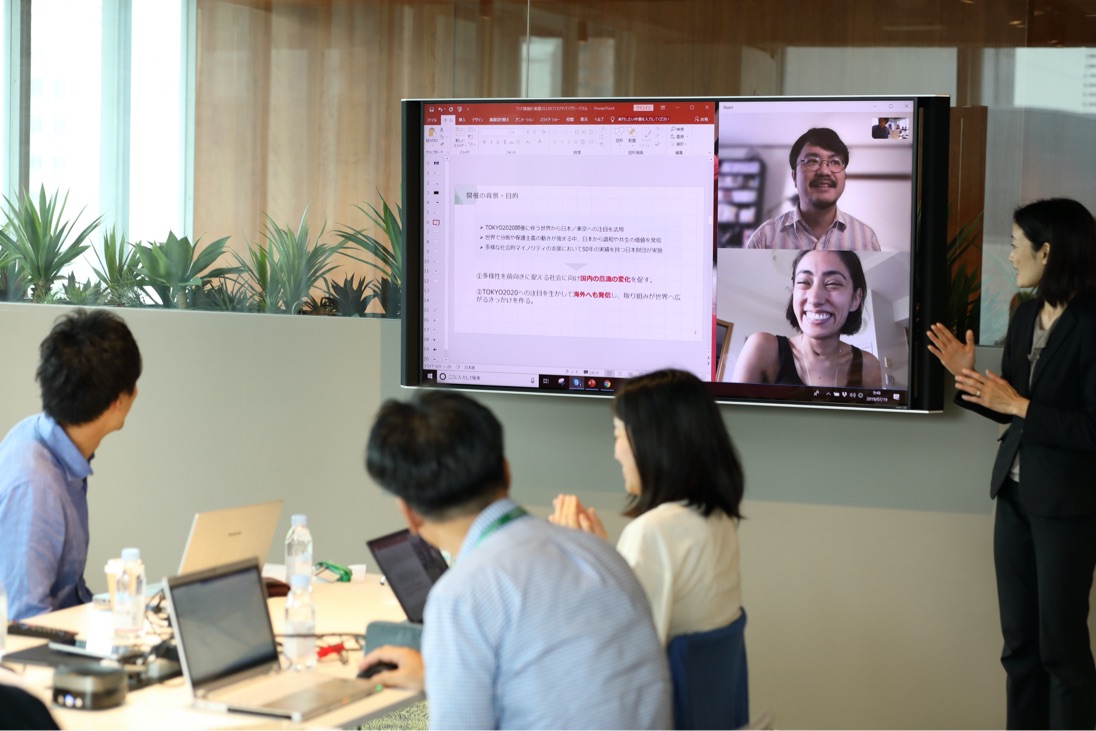 Hayashi: For example, the word “shogai” (Japanese term for disabilities) is too broad as a concept. There are two large categories for “shogai” – individual disabilities and social disabilities. We should be more precise in the words we use and let people know that we are aware of such issues.

Sugiyama: The word “seibetsu” (gender) it does not include gender identification and sexual preference, and is not as inclusive as LGBT, which covers various sexualities. If you were to abbreviate, it should just be “sei” but if there is an intention to include one’s stance on these issues, then perhaps it is better to not abbreviate and keep long descriptions.

Kato: Reflecting on discussions at the UN, some suggest to use concepts such as “sexual characteristics” and “gender expression.” In the basic plan for prevention against racial discrimination at ICU, it states that: “Harassment based on gender, race, nationality, birthright, religion, age, sexual preference, gender identity, gender expression, disabilities, or position and superiority will not be tolerated under any circumstances.” Some may say that by listing so many, it complicates things, but from the viewpoint of minorities, unless it is spelled out, you are never sure if your issues are seriously considered and if there is a real intention to fight against discrimination. Words have to be carefully chosen based on whom whom you want to be understood by.

Olson: Another example is that in the U.S. there is a popular hashtag called “#WhenICallMyselfDisabled.” It means to embrace the word “disabled” and addresses how concerns from people without disabilities make it a bad thing. There is a possibility for negative experiences just with words that are used.

The panel members emphasized the use of words not only for PR material or on the website, but even in documents such as the festival plan because it represents the organizers understanding on various issues. Mr. Sugiyama had his own thoughts of dealing with diversity from his experience as director of Tokyo Rainbow Pride. 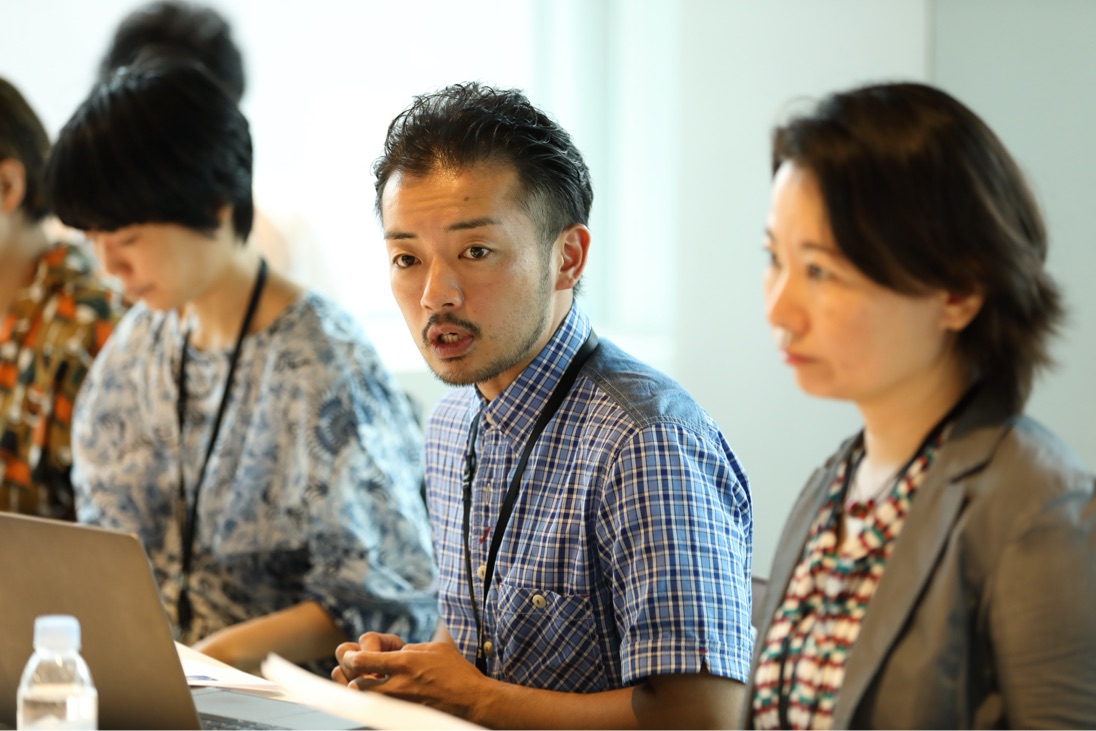 Sugiyama: What we emphasize at Tokyo Rainbow Pride is to start from a viewpoint: “Diverse opinions from diverse people are too diverse to consolidate.” We are always struggling to find the “most common denominator” between our ideals and realities. There is a dilemma to decide by vote when you say you care about the voice of the minority. There is a big difference, however, if you are aware of the issues but have to compromise to make things happen or to be simple ignorant about them. At Tokyo Rainbow Pride we have a layered structure where we organize smaller events other than the parade to include the “smaller voices.” I think True Colors Festival should have such a perspective.

A more thoughtful event management with the help from concerned organizations

Among the various topics, Ms. Hirokawa raised a point that the design of the venue should be discussed with the actual people they have in mind, such as the hearing impaired.

Hirokawa: Regarding the venue from a perspective of accessibility, for example, why don’t you work with organizations such as the National Deaf Association? 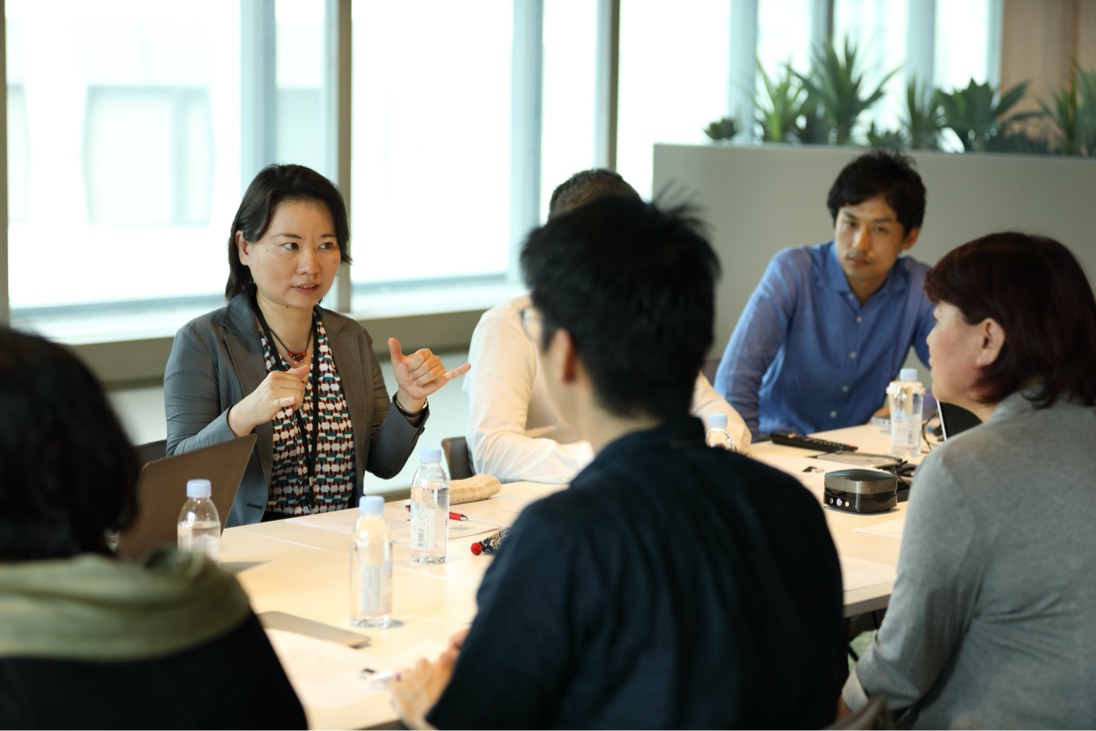 Kato: Without the names of concerned organizations listed, this can lead to anxiety and distrust. This connects with our earlier discussion with words, but I don’t see any advocacy groups included in the festival. For now there is only corporations as sponsors, but perhaps it would be good to have supporting groups and associations to take part as cooperative partners.

These opinions not only made us realize perspectives we missed in the planning but also raised new issues on how to be accepted by a wider group of people. Within the category of “minorities” there are actual living people with various thoughts and realities. They are all unique and the challenge is how to express that we are mindful of this. As a result of this meeting, we decided to change some of the tag lines for the festival and to put more effort in areas of accessibility.

Through these conversations with the Advisory Panel, we had a renewed conviction that we should constantly update the True Colors Festival through incorporation of various opinions. We will continue to listen to the voices of actual people and work hard to make this festival a success. 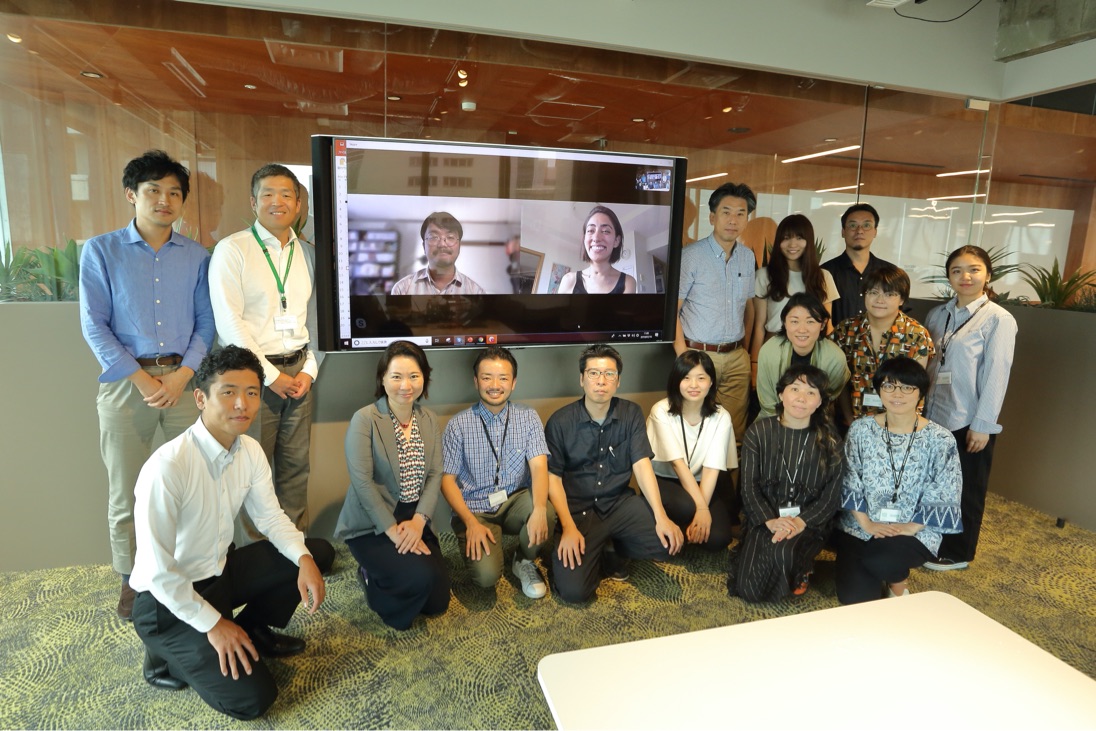 "Clothes in Conversation": 10 impactful moments from the documentary