True Colors Festival THE CONCERT 2022: Spotlight on living without limits

The work to build One World, One Family doesn’t end here, but we know THE CONCERT 2022 has made its mark on conversations about living without limits. Check out our recap of THE CONCERT 2022. 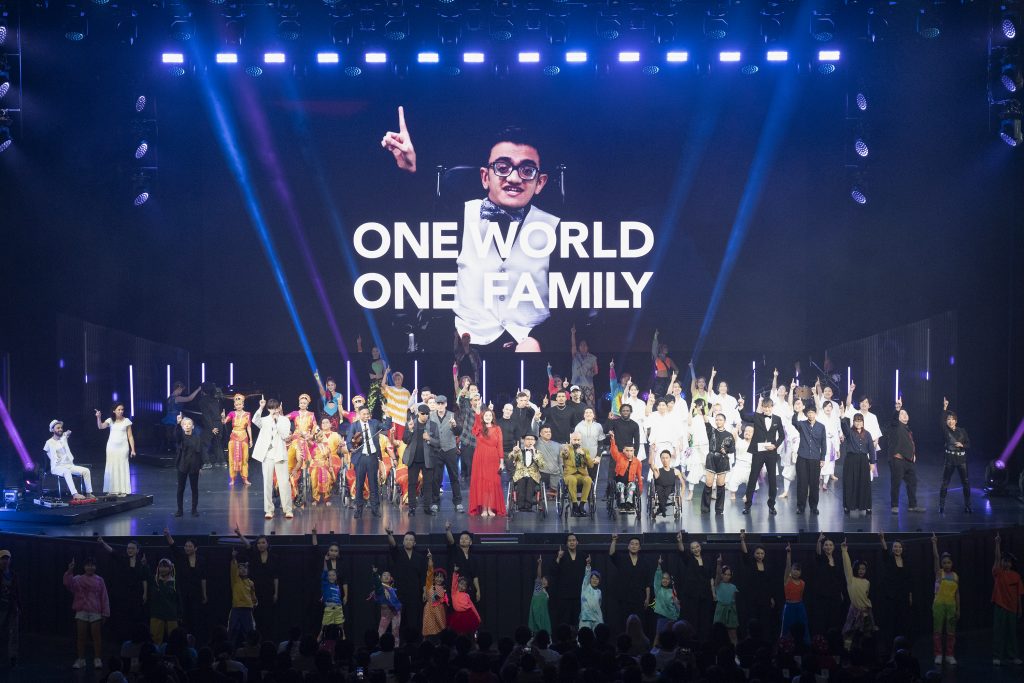 As World Karaoke Championships winner Ryota Kaizo stood on stage in his immaculate white suit and his eyes twinkling behind his glasses, belting his song “Everyday Heroes” against a video montage of THE CONCERT 2022 artists and other individuals from around the world going about their daily lives, a collective recognition of the everyday heroes in our midst was palpable. In the past 90 minutes, we had seen artists from all walks of life giving us the best of themselves — a heroic display of the culmination of years of hard work, resilience and overcoming of odds.

If the concert couldn’t get more exciting up until that point, we had Harajuku pop princess Kyary Pamyu Pamyu and global pop sensation Katy Perry lead us into the finale – a rousing performance of “Firework” together with the other artists in the concert line-up. 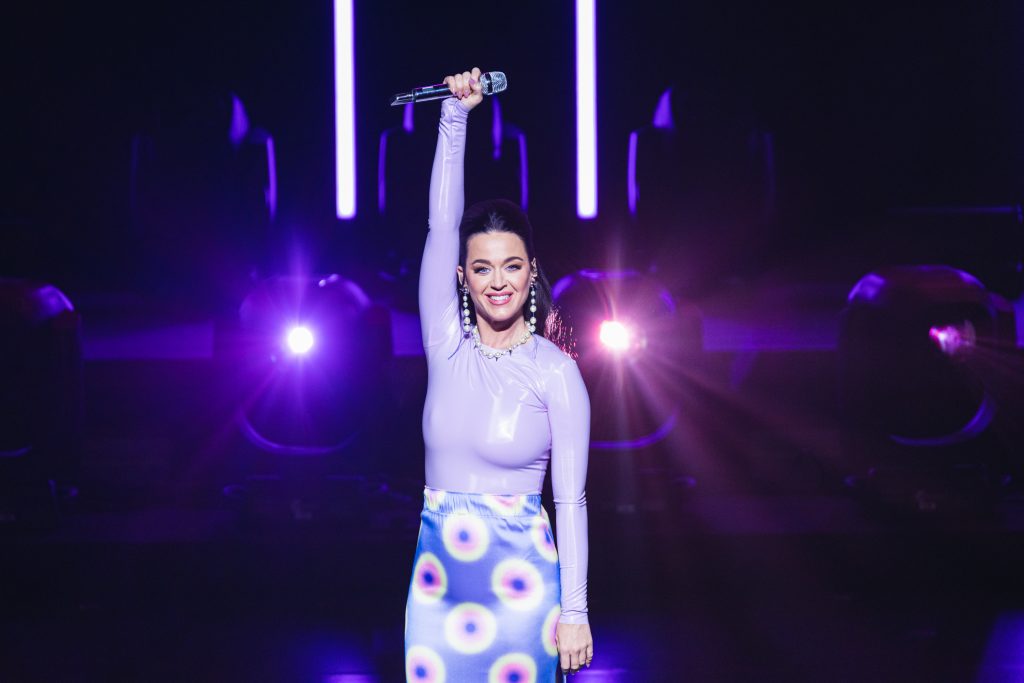 “I’m so proud to be here, to play at True Colors Festival, a celebration of inclusion and artists, first and foremost, and to watch human beings defy the odds and be their best selves. Being able to participate in something so positive and uplifting and for a really good cause, I’m so proud to be on stage with you!” declared Katy on stage.

Stories about life and overcoming odds

But the concert was as much about the stories as it was about the music and dancing. Audiences were given a peek inside the everyday lives of some of the artists, through short films interspersed with live performances.

We learnt that Alvin Law was born without arms and abandoned by his birth parents five short days into his life on earth. A couple, whom he dubs his “forever parents”, adopted him, and through sheer “tough love” taught him that he could do anything he set his mind to; and that self-belief is everything. At camp, he picked up the drums (he’d already learnt the piano and trombone) and has been putting his feet to work ever since. 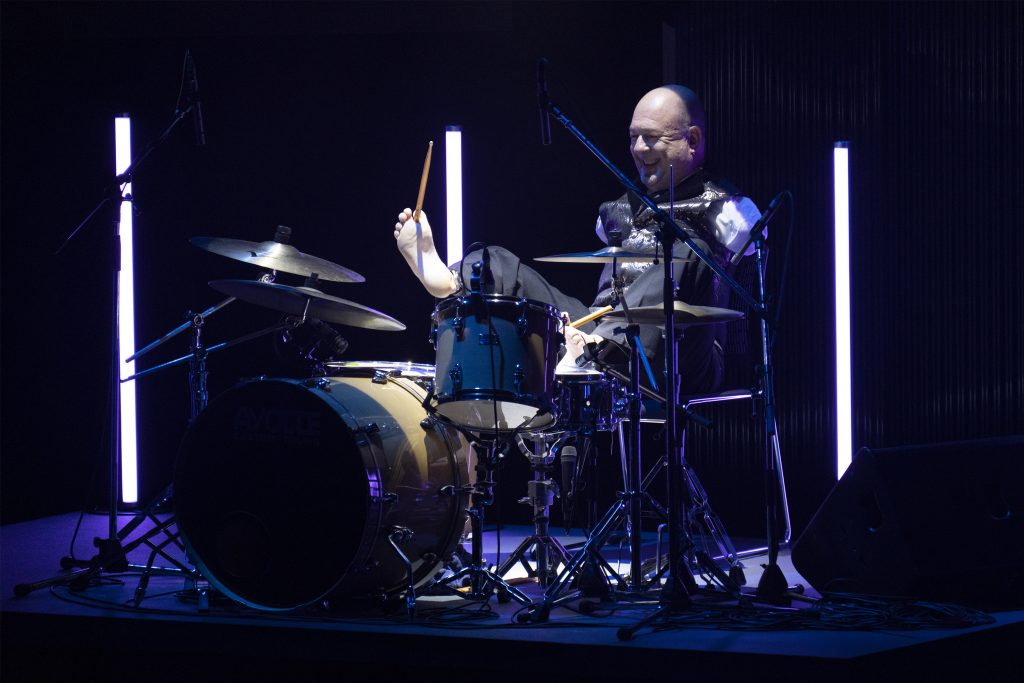 We witnessed the wonder that is Rachel Starritt, the blind Welsh pianist who picked up Chopin’s Revolutionary Etude Opus 10 in just three weeks. No mean feat, considering that it typically takes a pianist four to six months to master this technically challenging piece.

We already knew Johnatha Bastos could shred on a guitar and play the piano with his arms and nose, but we discovered it was his mother, Simone Vitorino da Silva, a reserved lady with a soulful voice, who taught him to believe in himself and dream big. 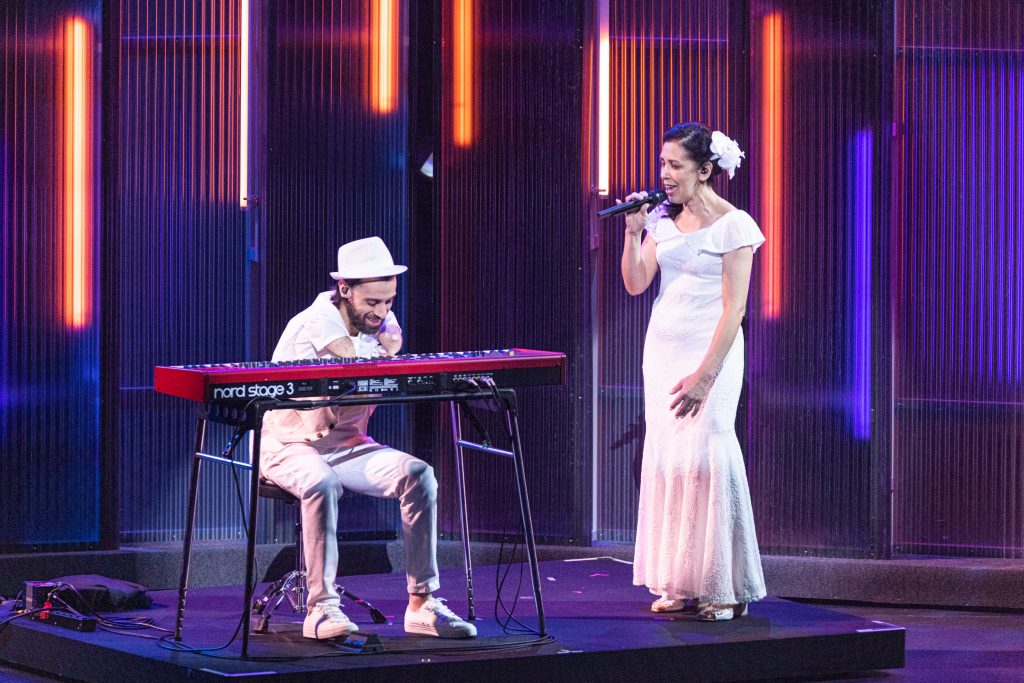 We were introduced to the latest member of ILL-Abilites, Junior Bosila Banya, or B-Boy Junior, from France, whose debut performance with the crew was on our stage! To think that this is the same person who at the age of three contracted polio and overcame his disability to break on the world’s biggest stages. And here we thought ILL-Abilities couldn’t get cooler.

Speaking of cool, the two-time Grammy nominee Raul Midón brought his one-man virtuoso show to our stage. His smooth vocals and groovy style are every inch deserving of the term “Bad Ass and Blind”, also the title of one of his songs.

Viktoria Modesta, the world’s first bionic pop star, confronted us with her futuristic persona and her silver “bullet”, a chrome prosthetic leg. Her song “In The Mirror” nudges the audience towards authenticity, because, when you scan the mirror, she sings, it’s “Only you coming through”. 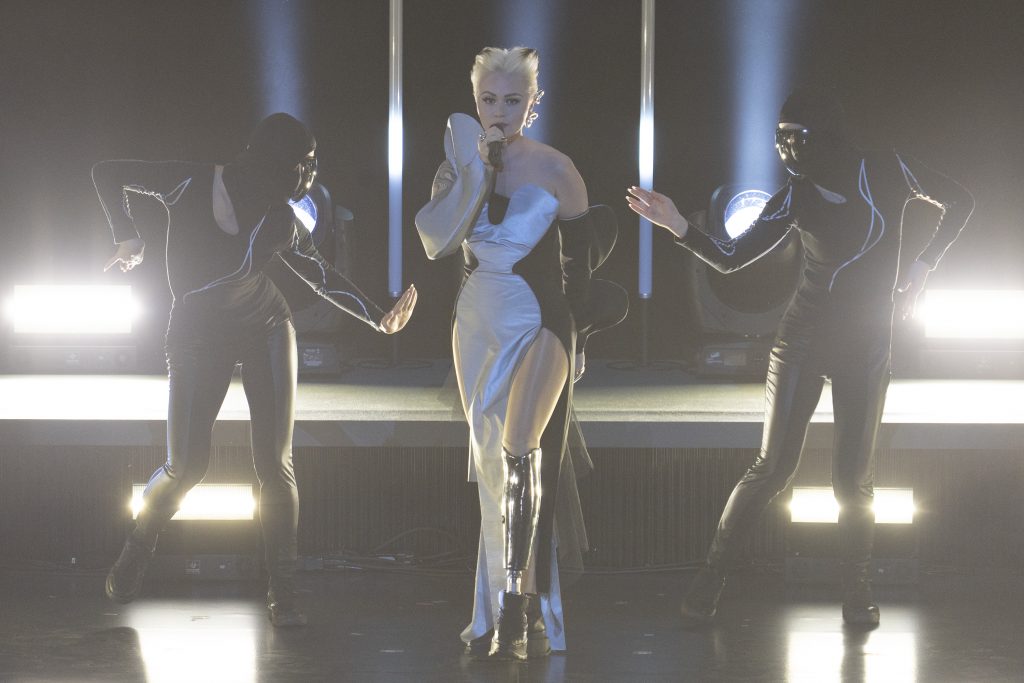 The collaborations seen on stage – among them between the violinist Adrian Anantawan and Rachel Starritt, Tony Dee, Alvin Law, Rachel Starritt and Johnatha Bastos, ILL-Abilities and the Bboyz, the Stand By Me finale – worked so beautifully. Because behind them were months of friendship-building through Zoom and whatsapp conversations, online practices and finally, backstage and meeting in person. 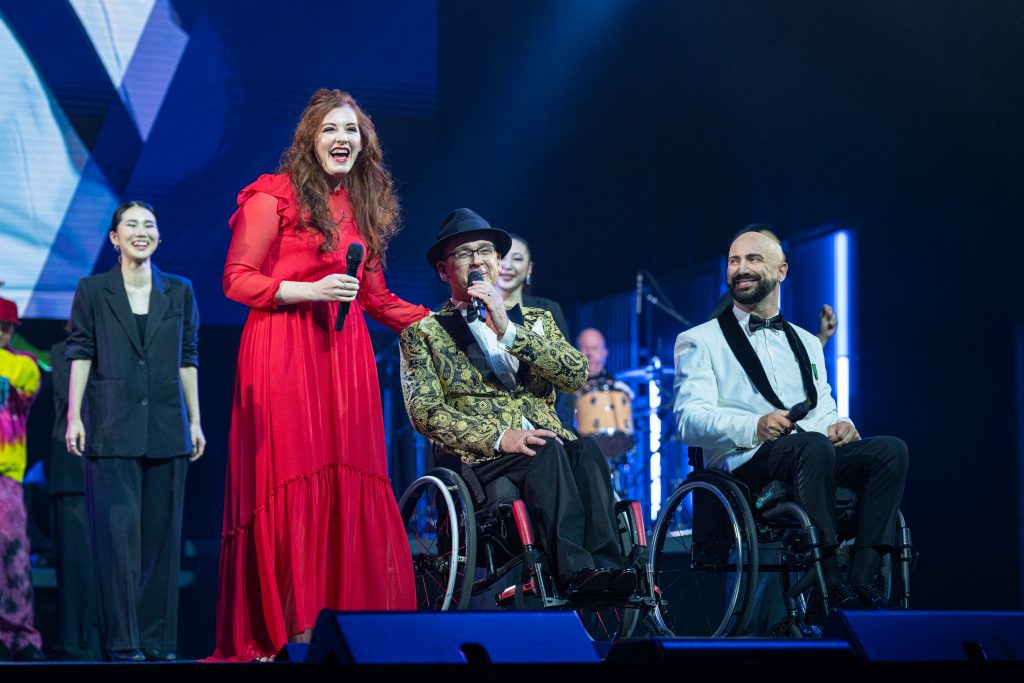 “I have never seen such amazing collaboration and camaraderie between artists across borders and time zones. The only limitations I faced were my own perceptions of what was possible, as every single artist involved surpassed every expectation I had,” said Sydney Tan, Creative & Music Director of the concert.

In an appreciation post on Instagram – a collage of images taken from THE CONCERT 2022 – rapper Wheelsmith (@_wheelsmith) wrote, “Always for the moment, and this one will be forever. Thank you.” 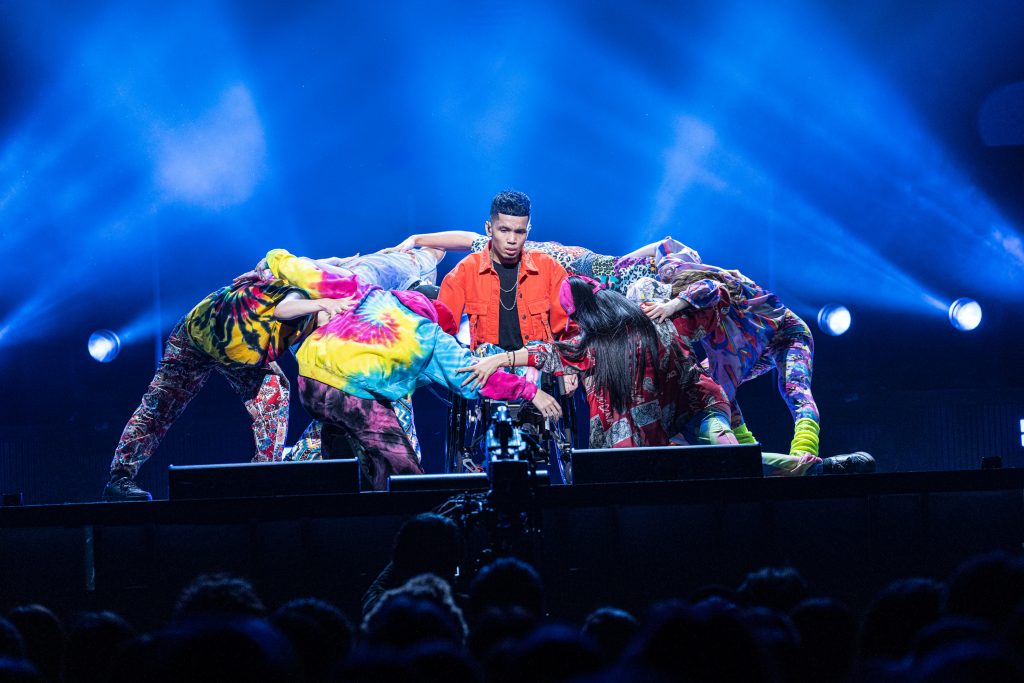 THE CONCERT 2022 and beyond

“Looking at the beautiful performance of everyone, it made me realize again that it is really important to believe in yourself and that nothing is impossible. So I think these concerts and performances are very important for everyone to see,” said Riona of the girl group PoshGirls, who was in attendance on the second night of the concert.

“Everyone in the audience could see these performers were chosen for their talent first and foremost, and I hope we were all inspired to overcome our own challenges and achieve our dreams as they have,” said Ichiro Kabasawa, Executive Producer of The Nippon Foundation and Senior Executive Producer of the concert. 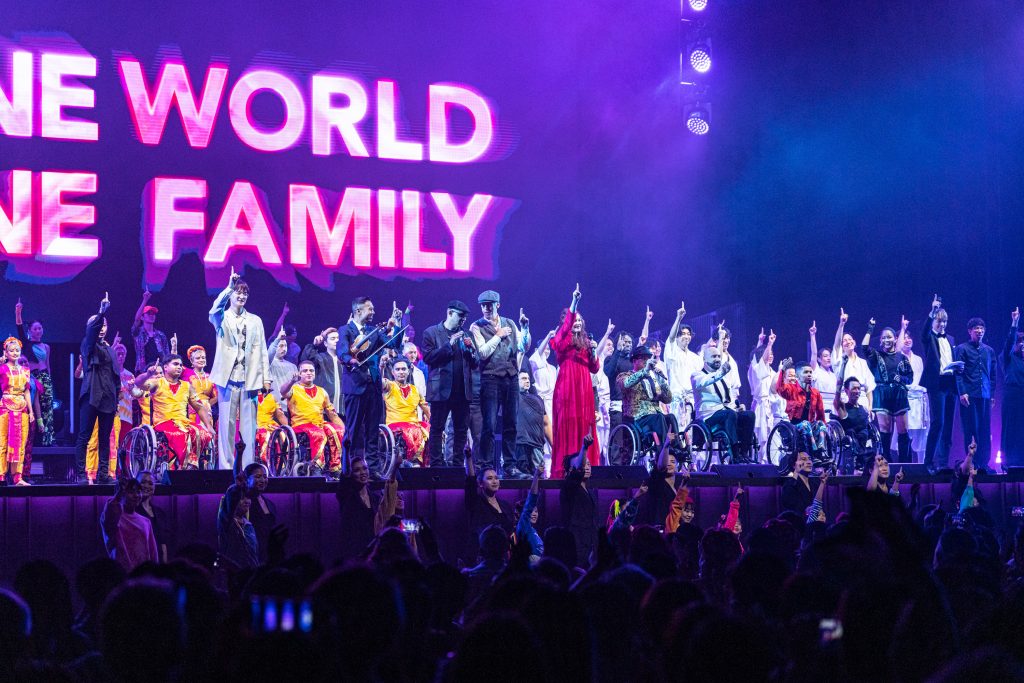 While the concert moved audiences, the performers’ lives were touched too. “I am not the same person who arrived here less than a week ago. Full of gratitude and serenity,” said Alvin Law, Canadian drummer. Shin, founder and director of gospel choir The Soulmatics said, “These artists came here for one purpose – to help share love. This concert has meaning, especially now in this world.”

The work to build One World, One Family doesn’t end here, but we know THE CONCERT 2022 has made its mark on conversations about living without limits. If you were moved by our concert, spread the word and keep up with us on Instagram and Facebook for updates.