Deconstructing the shouts and twitches

Billie Eilish and Jamie Grace Harper are just a few recognizable personalities who have Tourette’s syndrome. Find out more about the neurological condition that expresses itself through involuntary tics, and is more common than we think.

“Eventually I was punching myself and sometimes other people. I’d be playing with my sister, and all of a sudden my fist would strike her.”

The above scenario is no typical display of sibling rivalry. It paints a very real and raw picture that individuals such as Jamie Grace Harper, a Grammy-nominated singer-songwriter living with Tourette’s syndrome, could face in their daily lives.

According to the National Institute of Neurological Disorders and Stroke (NINDS), Tourette’s syndrome (TS) is a “neurological disorder characterized by sudden, repetitive, rapid, and unwanted movements or vocal sounds called tics.” Symptoms like jerking, blinking, shouting, throat-clearing, and grunting, are among some of the involuntary tics that people with Tourette’s experience.

Individuals with TS usually experience such tics at their peak in their early teen years. Though some might experience alleviation of the symptoms by their late teens or early 20s, others experience TS well into their adulthood.

For Jamie Grace, discovering she had TS at the age of nine was a life-changing moment. It took several years for her to pull herself out of the depths of sorrow which she had thrown herself into.

“My family tried to cheer me up but nothing worked. Dad would come into my room, put on his favorite jazz tunes and dance around like a goofball. Mom painted my room crazy colors – hot pink and purple with yellow polka dots – and painted the hallway outside my door sky blue. ‘Since you don’t go outside much anymore, we’ll bring outside here,’ she said. I didn’t care.” So went Jamie’s life post-diagnosis, as was told to Guideposts.

But an encounter during a music service in church touched her and gave her hope. In a moment of clarity, she realized that music was the one thing that TS had not taken away from her. More below. 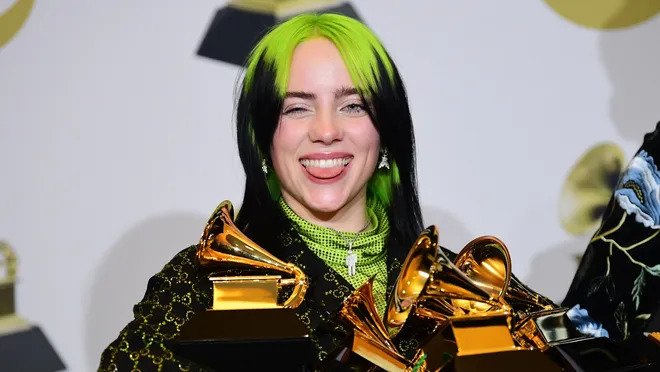 “Grammy Award-winning singer Billie Eilish was diagnosed at 11. In an interview with David Letterman on My Next Guest Needs No Introduction, she spoke frankly about her challenges with TS, among them the way people do not recognize her tics during interactions and assume she is trying to be funny. Talking openly about the condition has given her confidence.

“I really love answering questions about it because it’s very, very interesting, and I am incredibly confused by it.”

Having Tourette’s has definitely not hindered Billie’s ability to produce good music as seen in the song, No Time to Diewhich she co-wrote with her brother and which won an Oscar for Best Original Song. 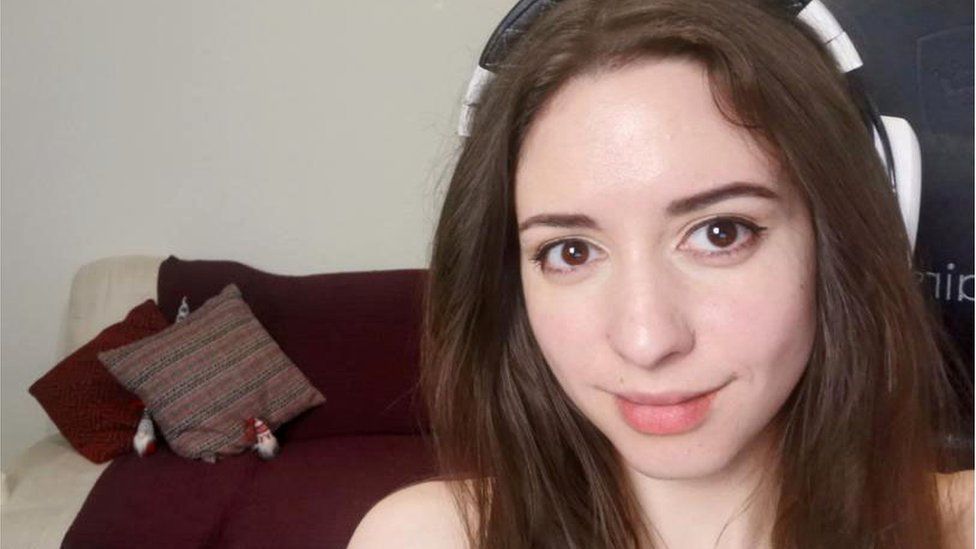 Variety named Anita one of the most influential people in video games in 2018. A prominent streamer on video live streaming platform Twitch, Anita raises awareness and takes questions from the public on TS.

Anita even won “Twitch Streamer of the Year” at the 11th Shorty Awards in 2019. Here’s someone who knows what it is like to be quietly rejected when applying for jobs due to low public awareness about the condition, and she is outspoken about it.

Anita once shared some heartfelt thoughts in an interview with BBC News:

“Every time people understand my condition more, the world gets a bit safer for people like me.” 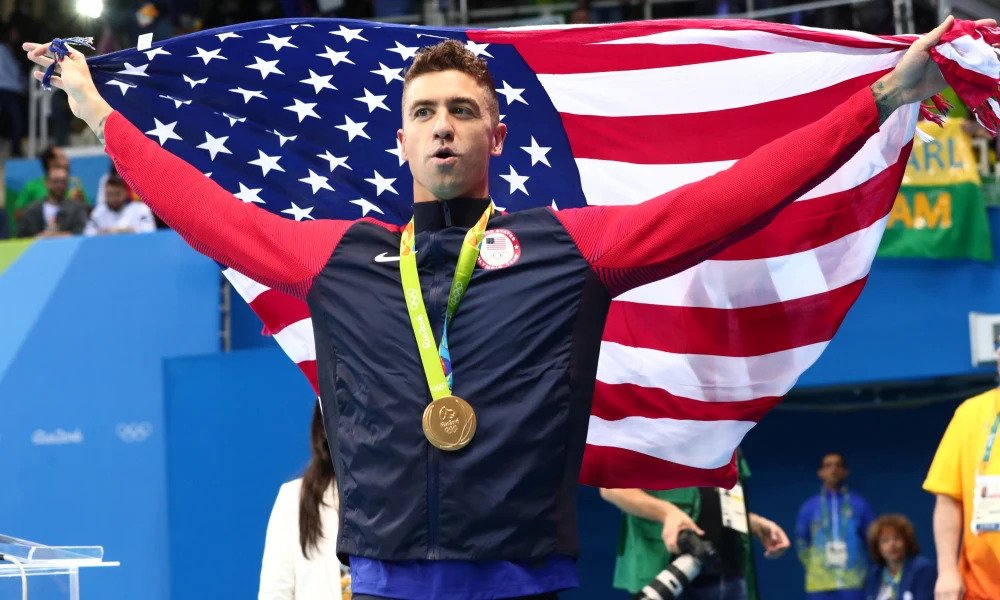 Anthony Ervin, a four-time Olympian and two-time gold medallist at the World Aquatics Championships, might be a familiar face, but did you know he was also 2018’s Youth Ambassador of the Tourette Association of America?

Anthony overcame Tourette’s, depression and alcoholism to win three golds and a silver at two Olympics. His most recent was at the 2016 Summer Olympics, where he won the 50m freestyle for the second time, 16 years after his first gold.

In an interview with popular podcast the James Altucher Show, Anthony spoke out about how he turned the traits of his condition into his strength:

“It took a long time ‘cause originally you want to fight this. You want to imprison this energy just to make it stop. But my eventual tactic for it was to take that energy and move it through my entire body. Specifically to move it into my swimming.”

A celebrated pianist and winner of multiple international piano competitions such as the Concours International d’Orleans, Ananda has said that living with TS and Asperger’s syndrome has helped him to become a better musician.

He strives to make music more accessible to individuals with physical disabilities by composing music for them and initiating programmes to cultivate their talent. To Ananda, there is no disability but just ‘dif-ability’ – a term he uses to define individuals with differing abilities.

“Being different should be viewed as a strength in someone’s ability, not as a deficit” 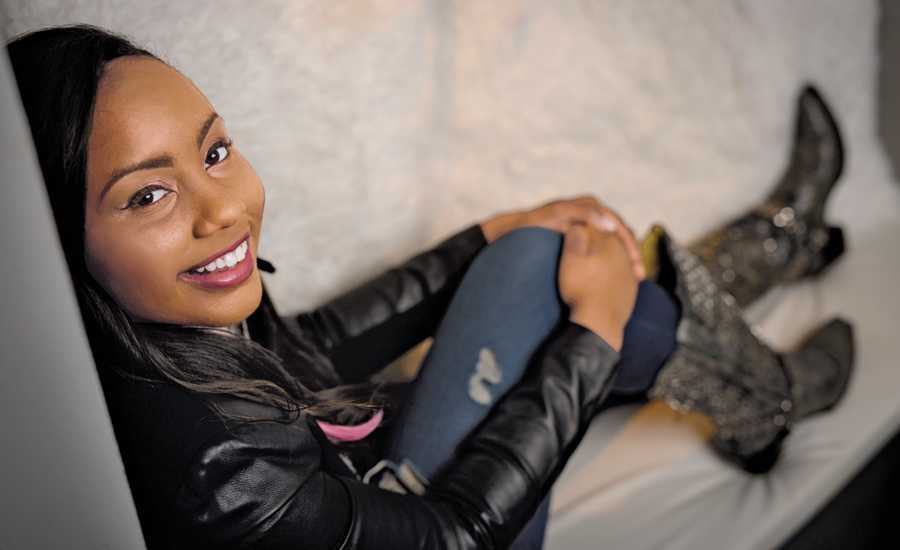 A healthy child from birth, Jamie’s life took a 360 degrees turn after being diagnosed with Tourette’s at age nine. Apart from school, which became a challenge, social interactions grew difficult because her spontaneous, unintended twitches and jerks would inevitably end up as a punch to her peers.

One of the things that helped Jamie was sharing the fact that she had TS with others.

“I’d told my deepest secret to the whole world. And people were supportive!”

Jamie started writing songs about TS, formed a YouTube channel called How To Go To Therapy in which she shares her experiences with Tourette’s and even met Hillary Clinton to advocate passing a bill to provide assistance for public school students with TS.

Listen to Fighter, a song directed by Jamie about struggling individuals who don’t give up, and read more about her own journey here.

Think you learnt more about Tourette’s from this article? Share this insight with someone else too!