From “International Festival of Artists with Disabilities” to “Diversity Arts Festival”

The True Colors Festival was born out of the International Festival of Artists with Disabilities, which was part of Nippon Foundation’s overseas programs for supporting people with disabilities.
In Asia, people with disabilities are often seen as in need of charity or support, and their public exposure is limited. However, we had met many artists who strive for the highest expression despite their disabilities. We organized the festival with the aim to provide opportunities for these artists to express themselves on stage. Through showcasing their work to a public audience, which includes their families and other people with disabilities, we hoped to encourage their autonomy and change the public’s perception surrounding disabilities.
In 2006, we organized the first Festival of Disabled Artists in Laos and Vietnam. The festival took place again in 2008 in Cambodia, and in Myammar between 2013~2015. In 2017, we organized the Taiko Drum Festival for Persons with Disabilities in Thailand.
The Asia Pacific Festival of Artistes with Disabilities, which was co-presented with UNESCO in Singapore March 2018, is the largest to date. More than 100 artists with disabilities from 22 nations performed on stage, and approximately 10,000 people, including the President of Singapore and Educational Minister, attended the 3-day program. Not only did artists with disabilities from different countries collaborate with each other, but they also worked with various artists and performed together on stage.

We learned from our experience of organizing international festival for artists with disabilities for more than 10 year, that performing arts deepens the experiences for both the audience and performers as they meet in actual space, and can bring awareness and trigger change in perceptions. On stage, collaborations between individuals of different abilities, gender, age, language and nationality are possible, and can achieve compelling expressions that captures the hearts of many people.

For the True Colors Festival that will take place until summer of 2020, we will not focus on “disabilities” anymore but instead strive for a festival of “diversity”, where people with various backgrounds can create together. This is our first attempt to advocate for a society where people coexist by recognizing each other’s differences in abilities, various sexual orientations and identities, nationalities, language, and can live as individuals that show their true colors.

True Colours Festival – Asia Pacific Festival of Artistes with Disabilities was co-presented by Nippon Foundation and UNESCO during March 2018 in Singapore to empower people with disabilities and bring awareness to society through performing arts programs by disabled artists from Asia Pacific area. The festival took place at the Singapore Indoor Stadium and in nearby facilities such as the OCBC Square. During the three-day program, more than 10,000 people attended and 200 performers from more than 20 nations including Japan, Cambodia, Malaysia, Singapore, Indonesia, India, New Zealand, and Australia participated. Additionally, symposiums and workshops on the topic of art and disabilities were organized and meet-up sessions with disabled artists titled “Artist Dialogue Sessions” were hosted for people from all over the world to meet and share their experiences and knowledge. 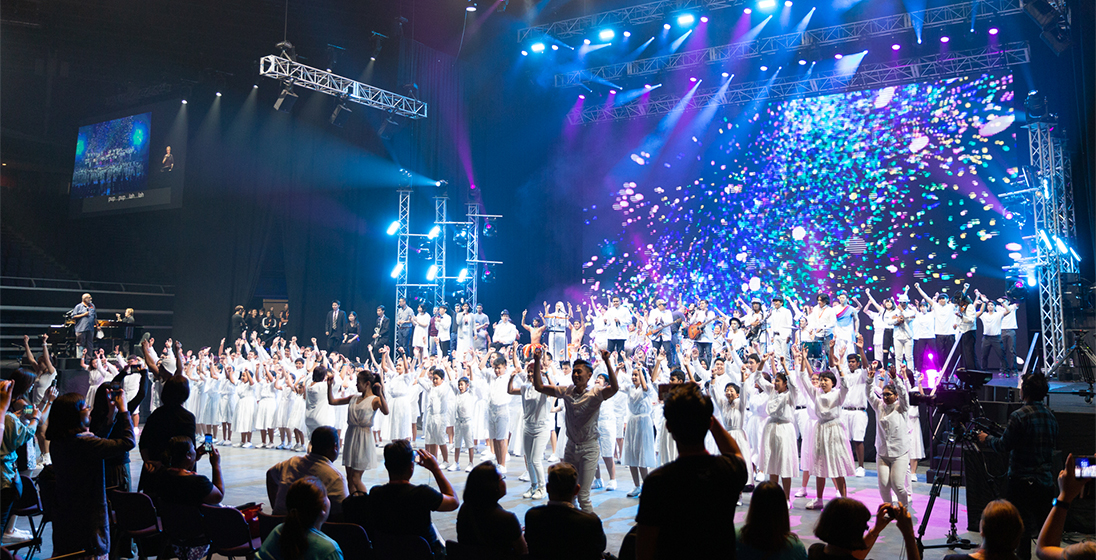